“Being deeply loved by someone gives you strength, while loving someone deeply gives you courage.” – Lao Tzu

Kate and Mark had been in Nantucket a few weeks prior, and Kate was sure Mark was going to propose while there.  It didn’t, and she couldn’t help but feel disappointed. So she told herself that she wouldn’t go into getaway weekends expecting it anymore. She would just let it happen organically. In the beginning of August, Mark planned what he called a “last minute trip” to Nantucket. At first, she told him she wasn’t going – she didn’t want to take off work. With some persuasion, he convinced her to take off from work. Mark had told her all the hotels were booked in Nantucket and they were going to stay at a friends house. A little disappointed, she went along with it.

On the way there, Mark told her that a room had opened up at the nicest hotel in Nantucket – Cliffside Resort for one night. She got a little suspicious, but then he fell asleep for the entire plane ride, so she thought there was no way he was going to propose – he was cool as a cucumber! Then, he said they were taking the public ferry to The Wauwinet Hotel for dinner. Their friends had mentioned this recently, so she thought nothing of it. But when they got to the ferry, it was just them and the captain. About ten minutes into the boat ride, with clouds rumbling in the distance, he proposed! She said yes, and when she turned around, the captain of the boat was popping champagne. The skies opened up the second they got to the hotel, and it started to pour. It was beautiful. Just the two of them, so happy and in love, celebrating in the warm rain, without a care in the world.

The rest of the weekend was pure bliss. They unpacked their suitcases at the Cliffside resort (where they thought they were only staying for one night) and enjoyed celebrating all weekend long.
Tod’s Point Engagement Photos by Michael Justin Studios. 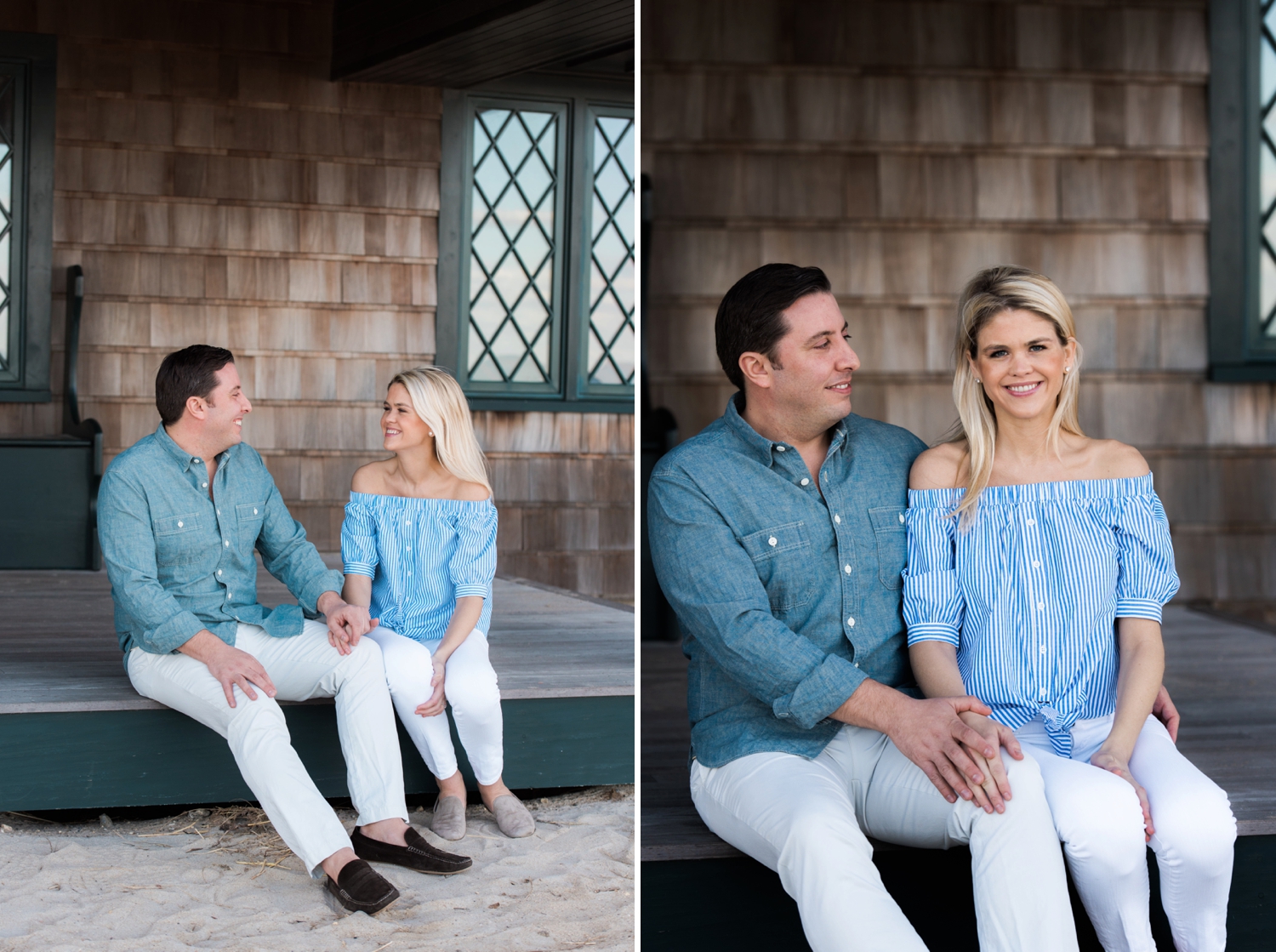 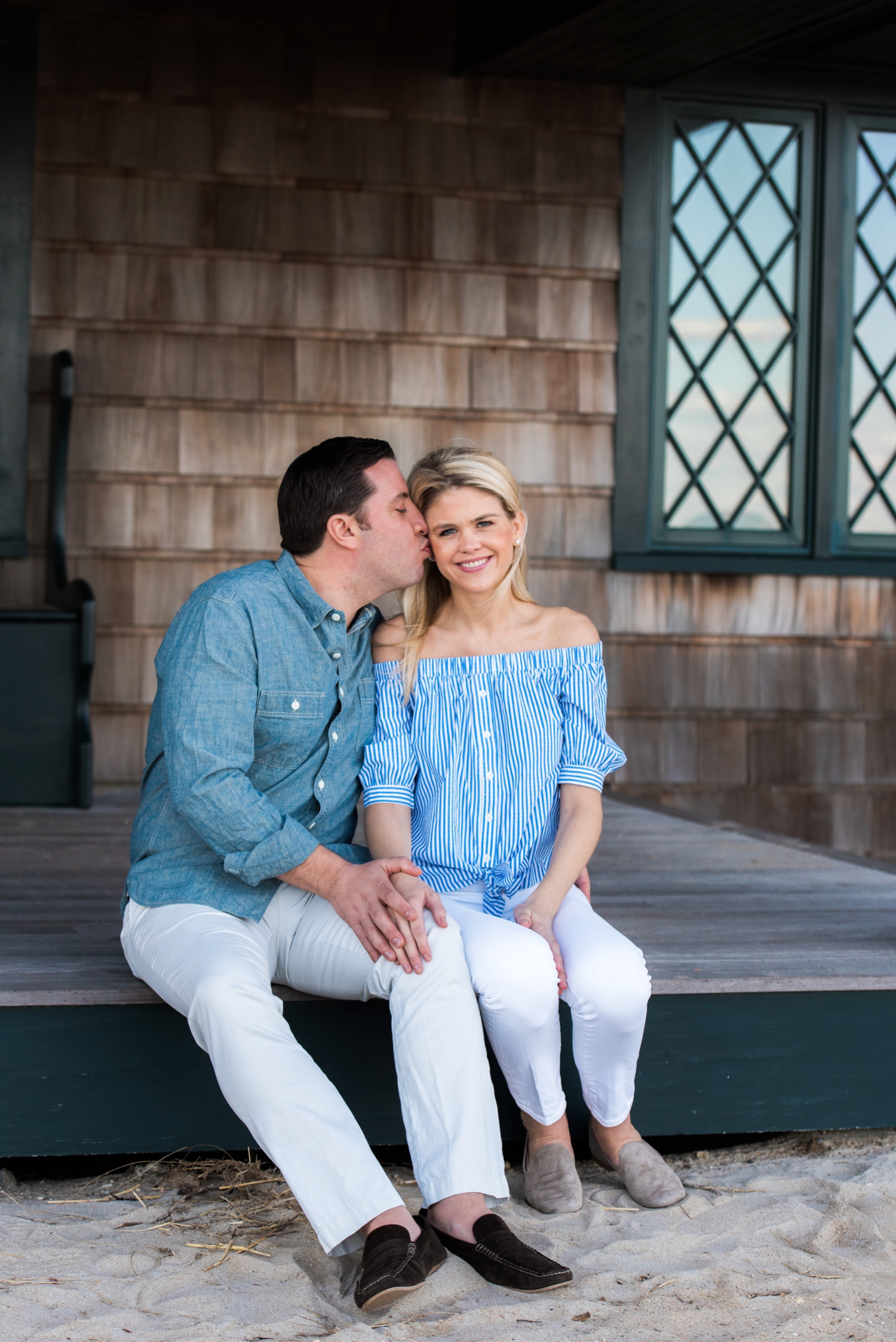 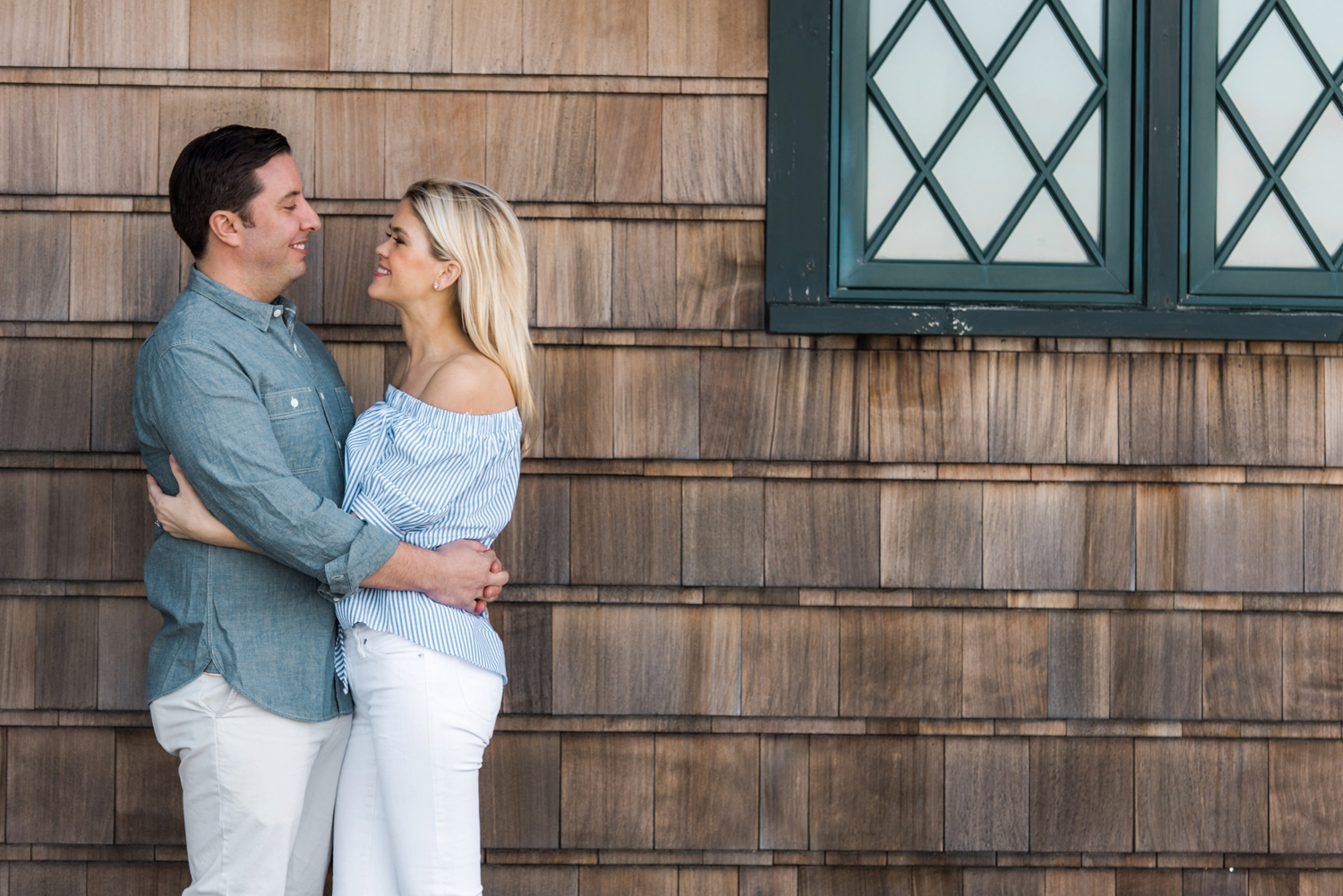 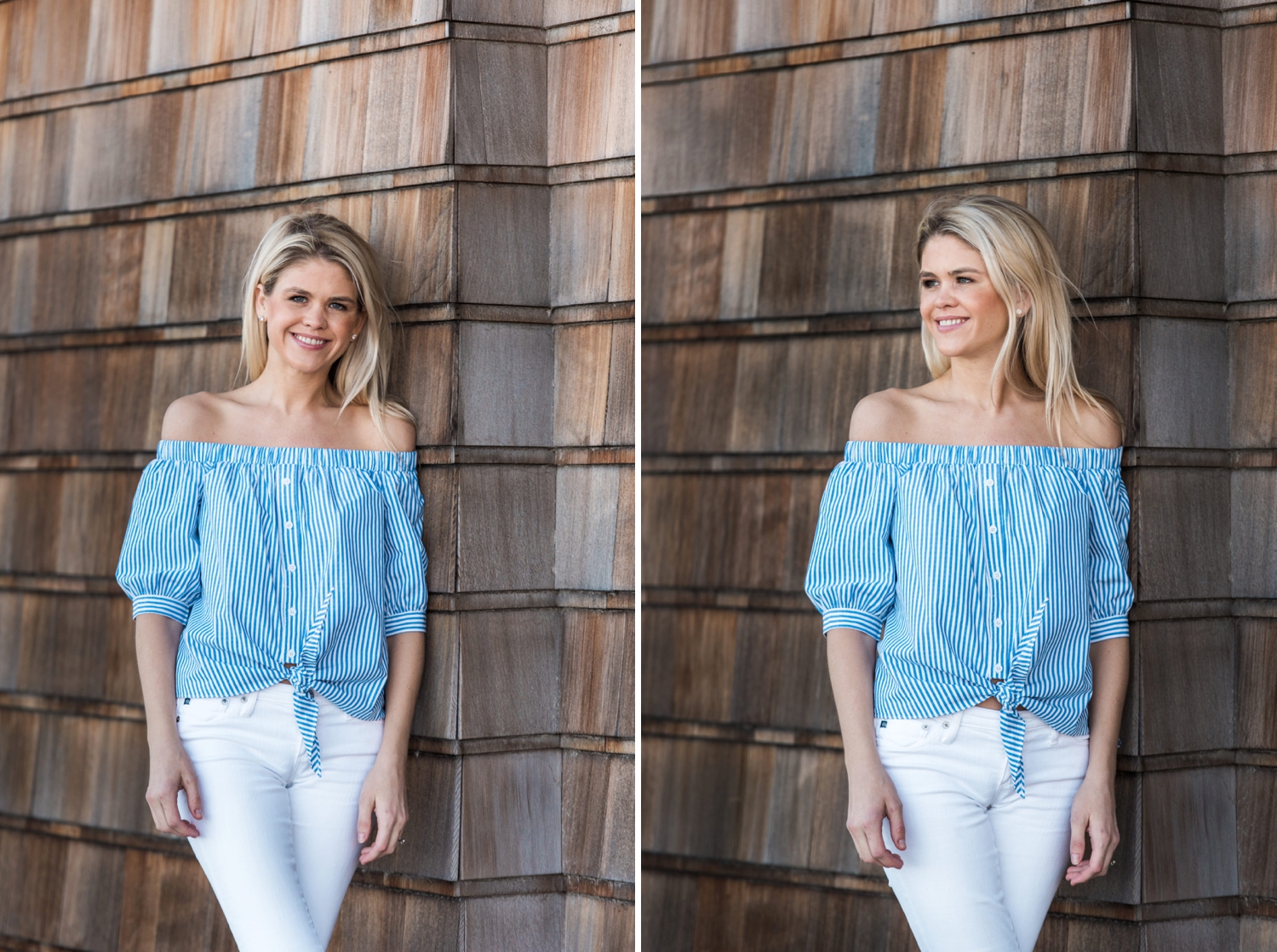 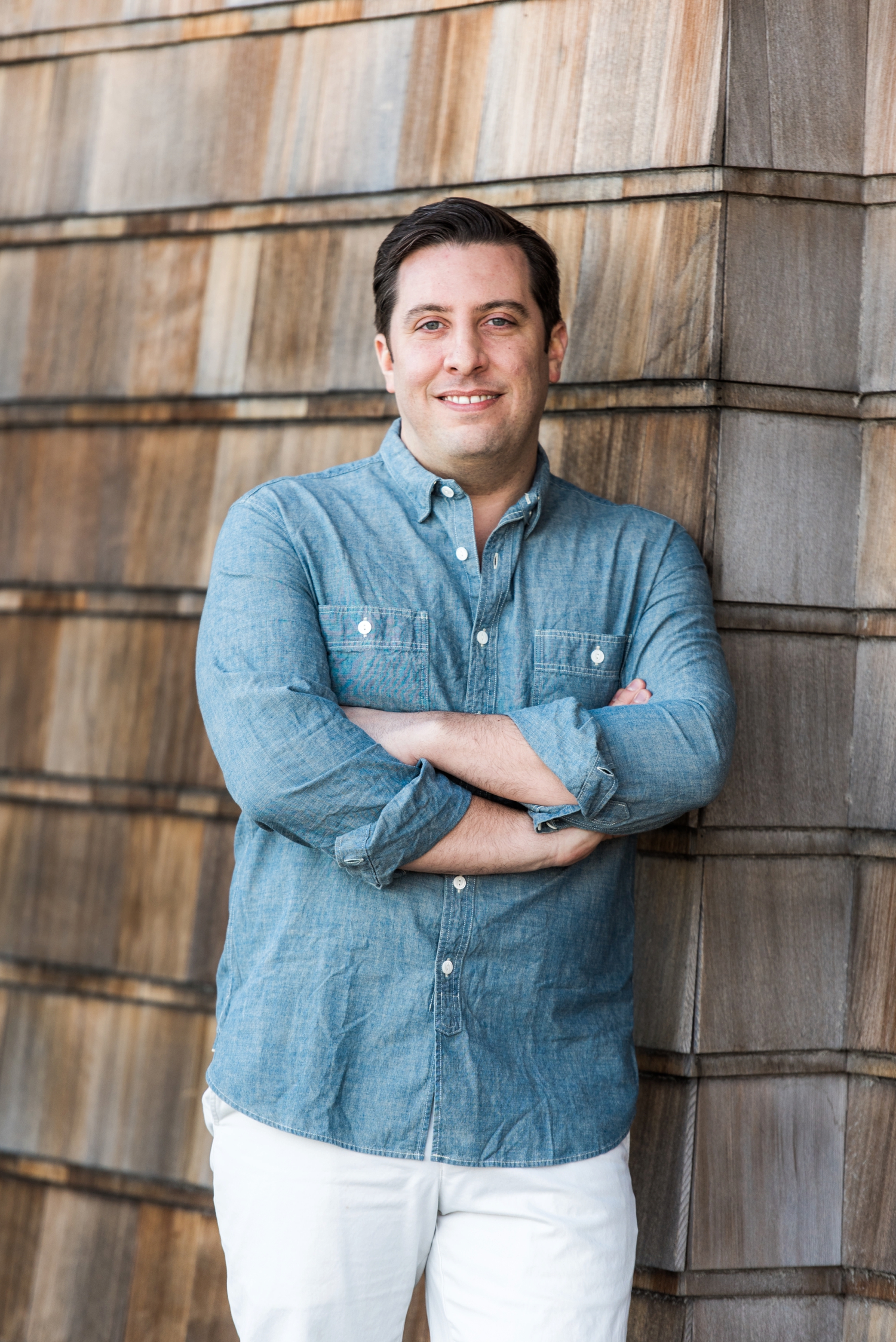 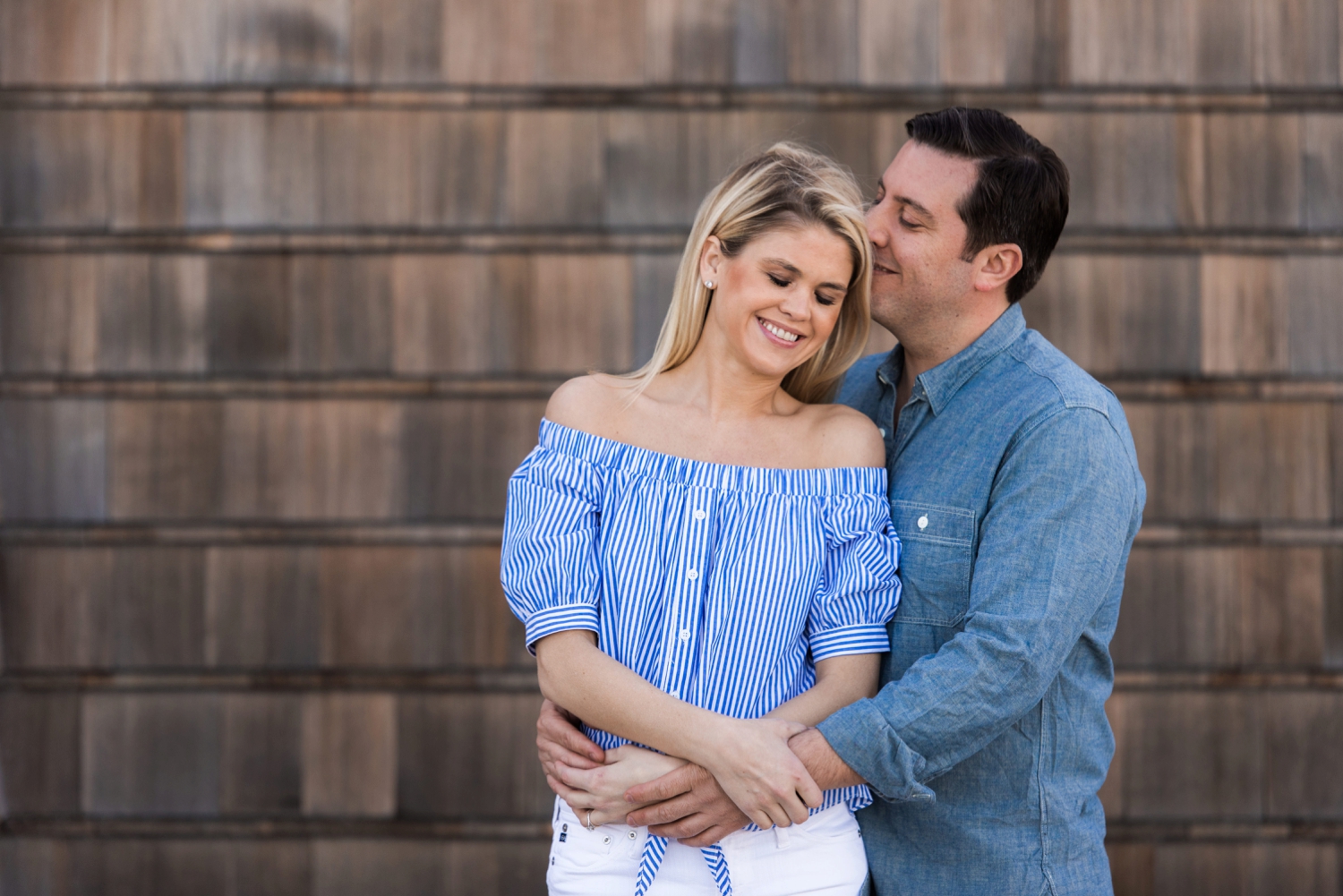 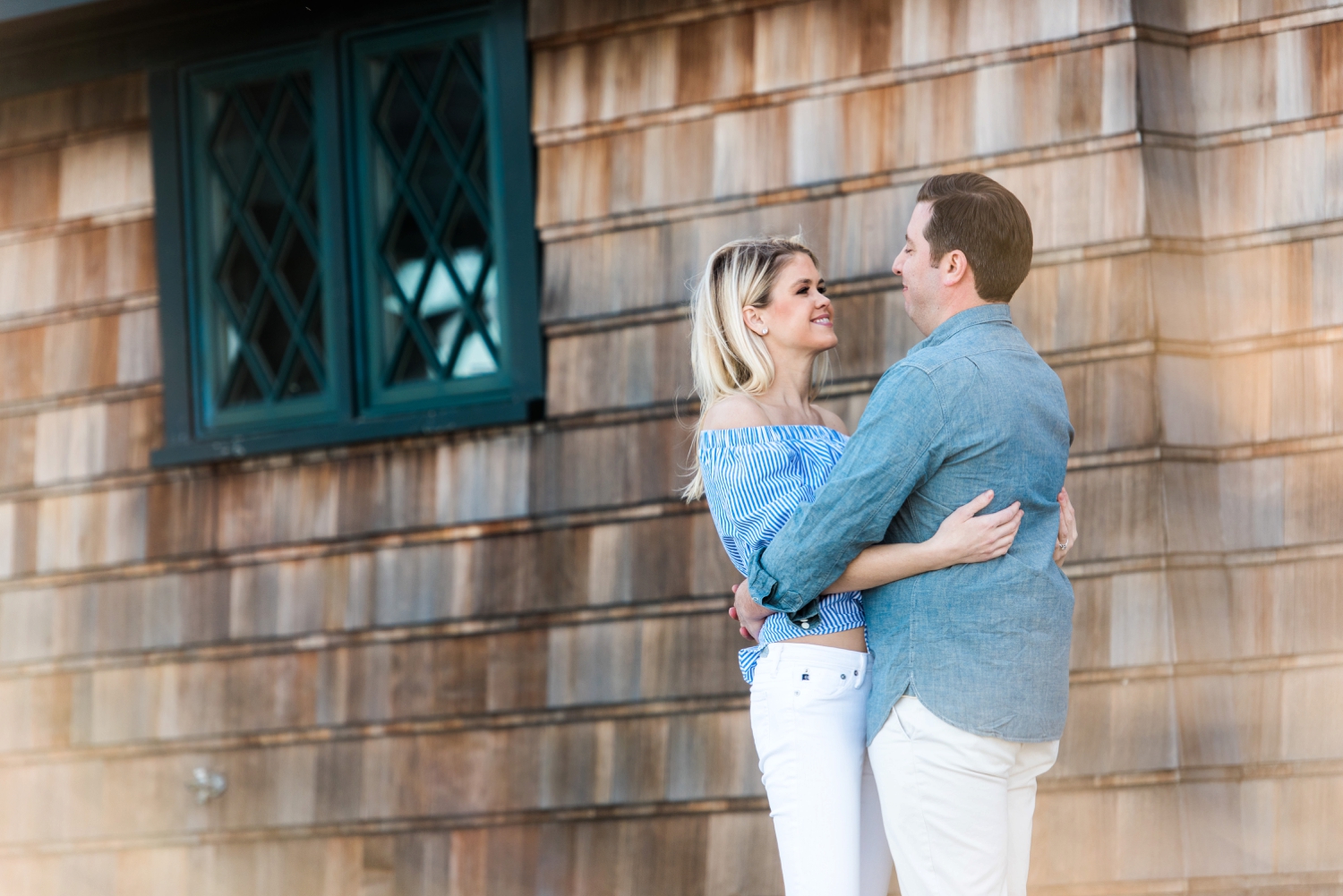 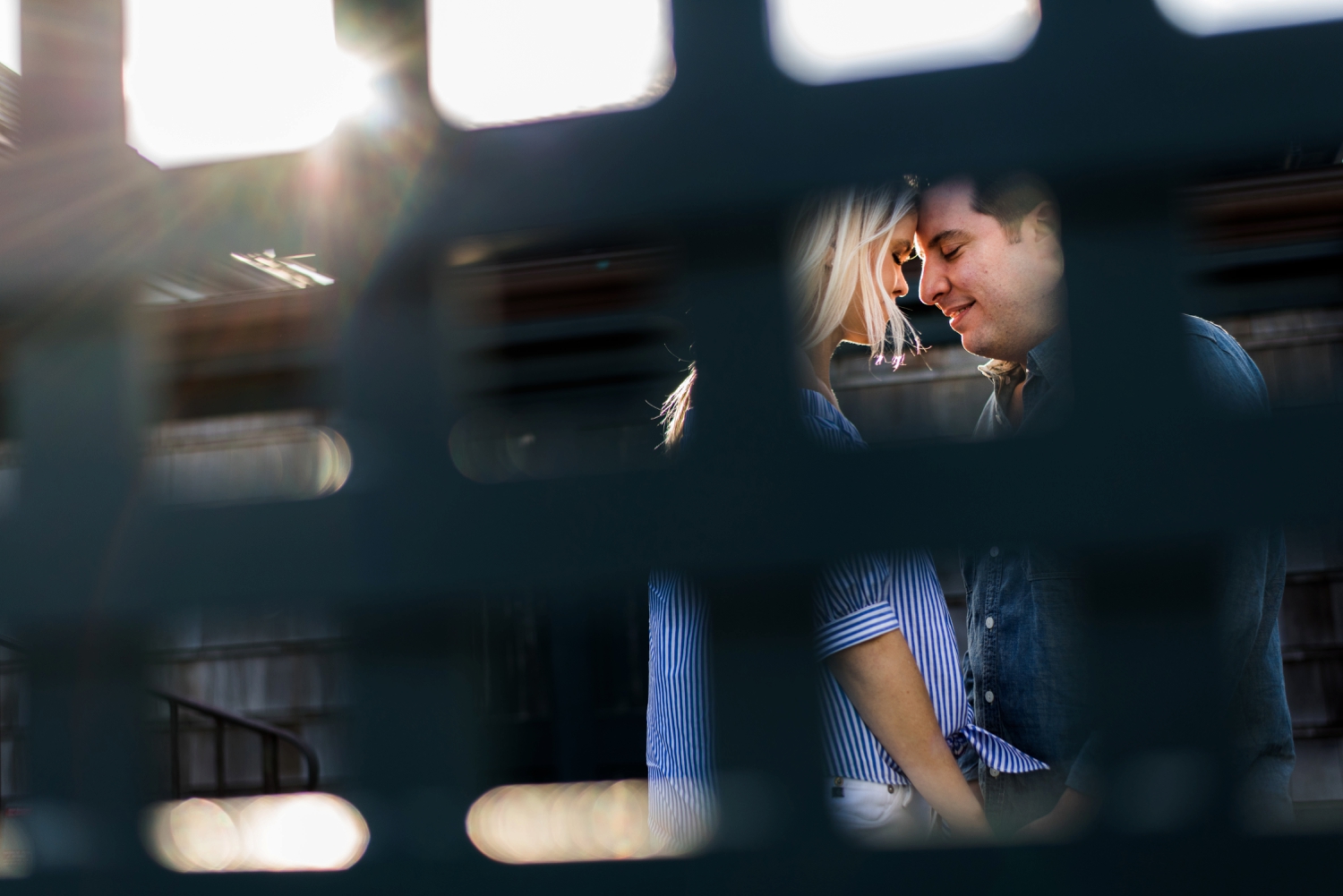 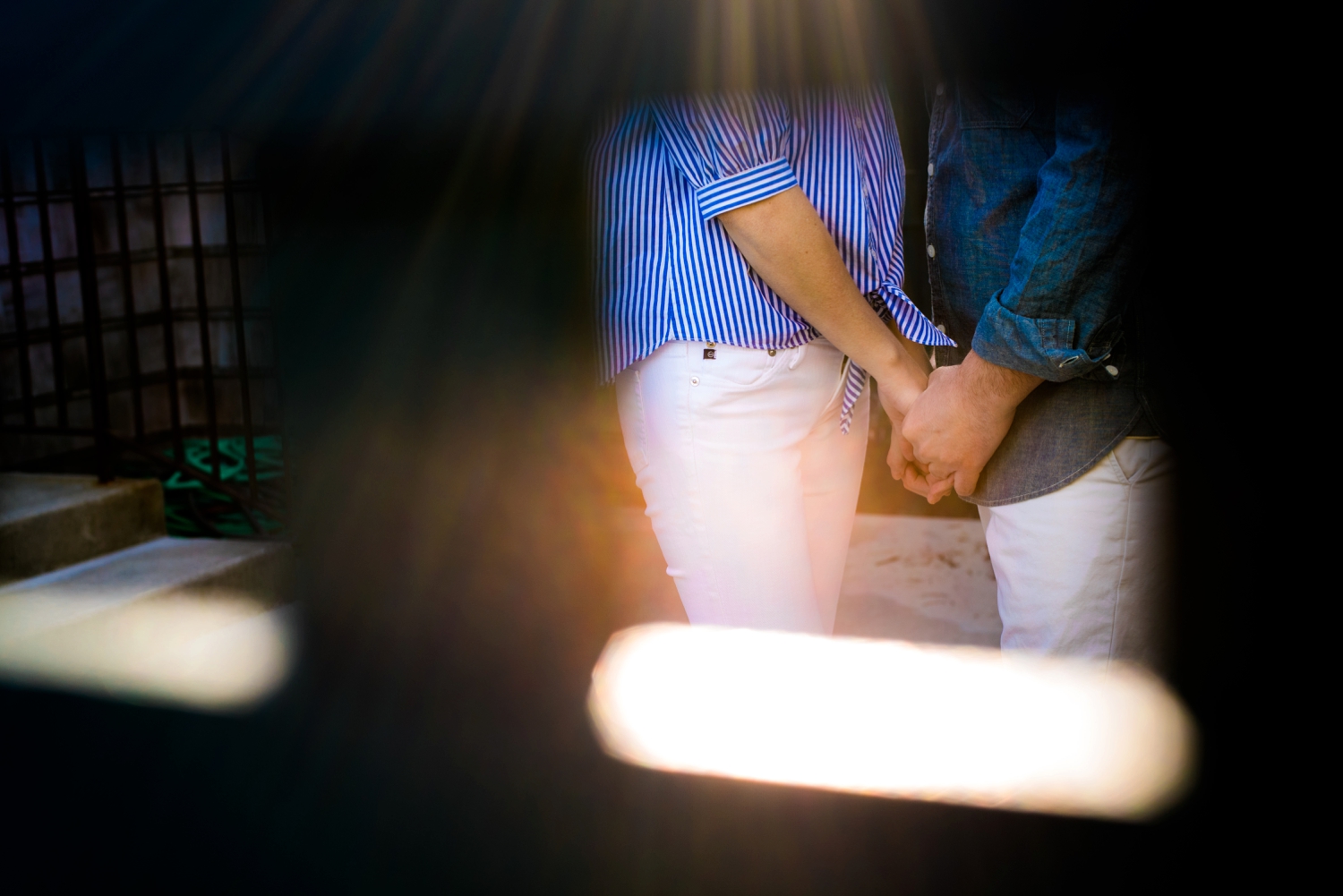 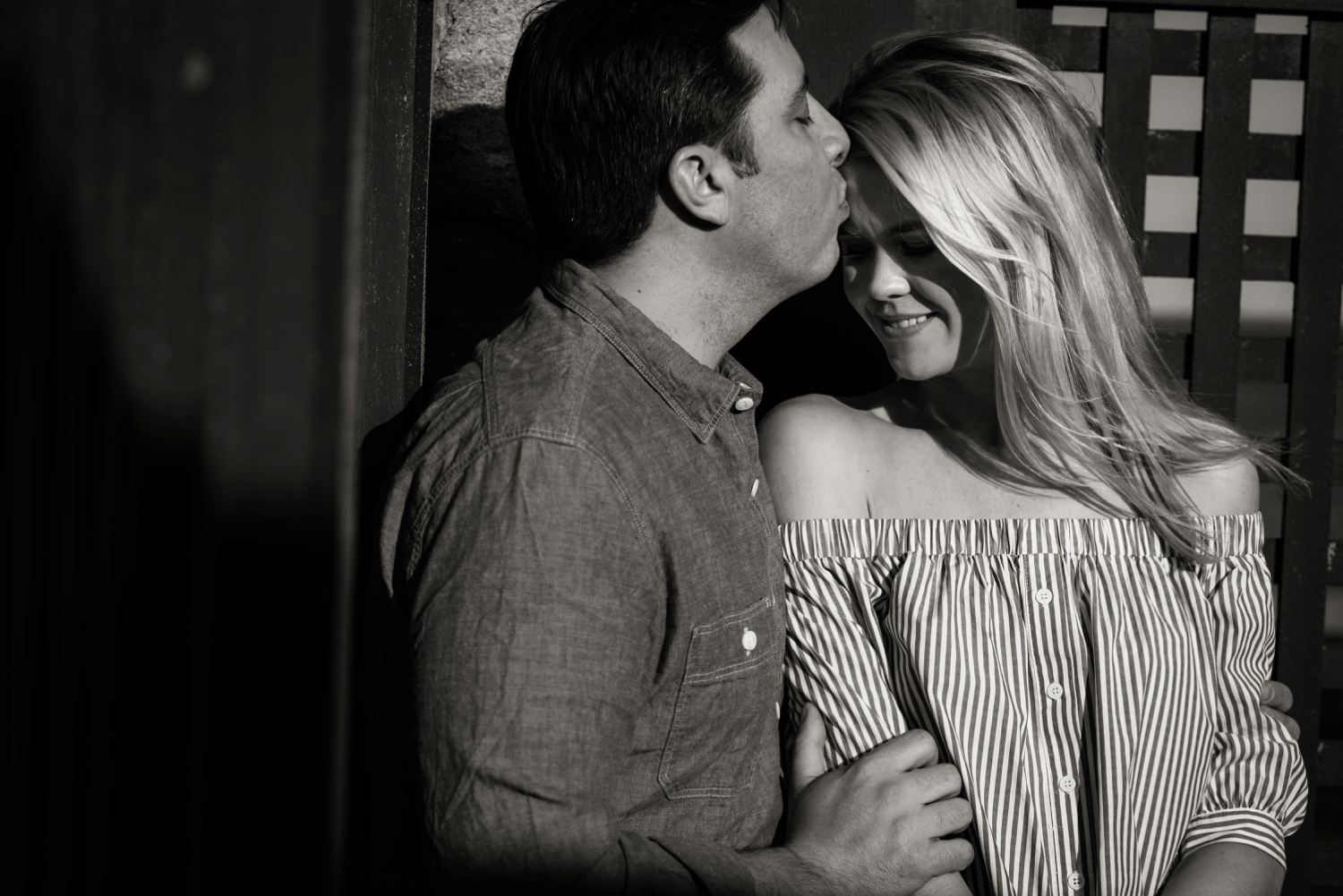 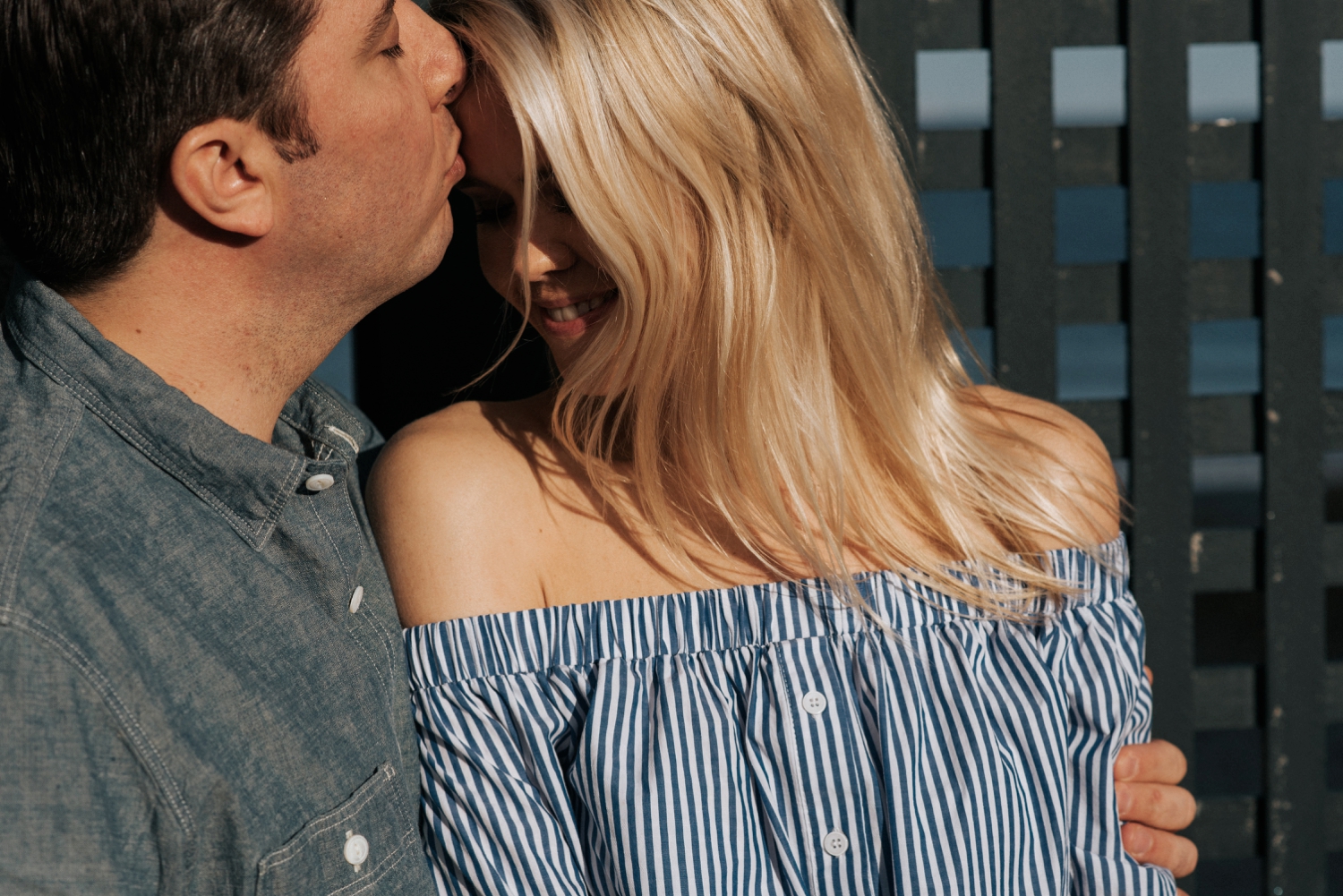 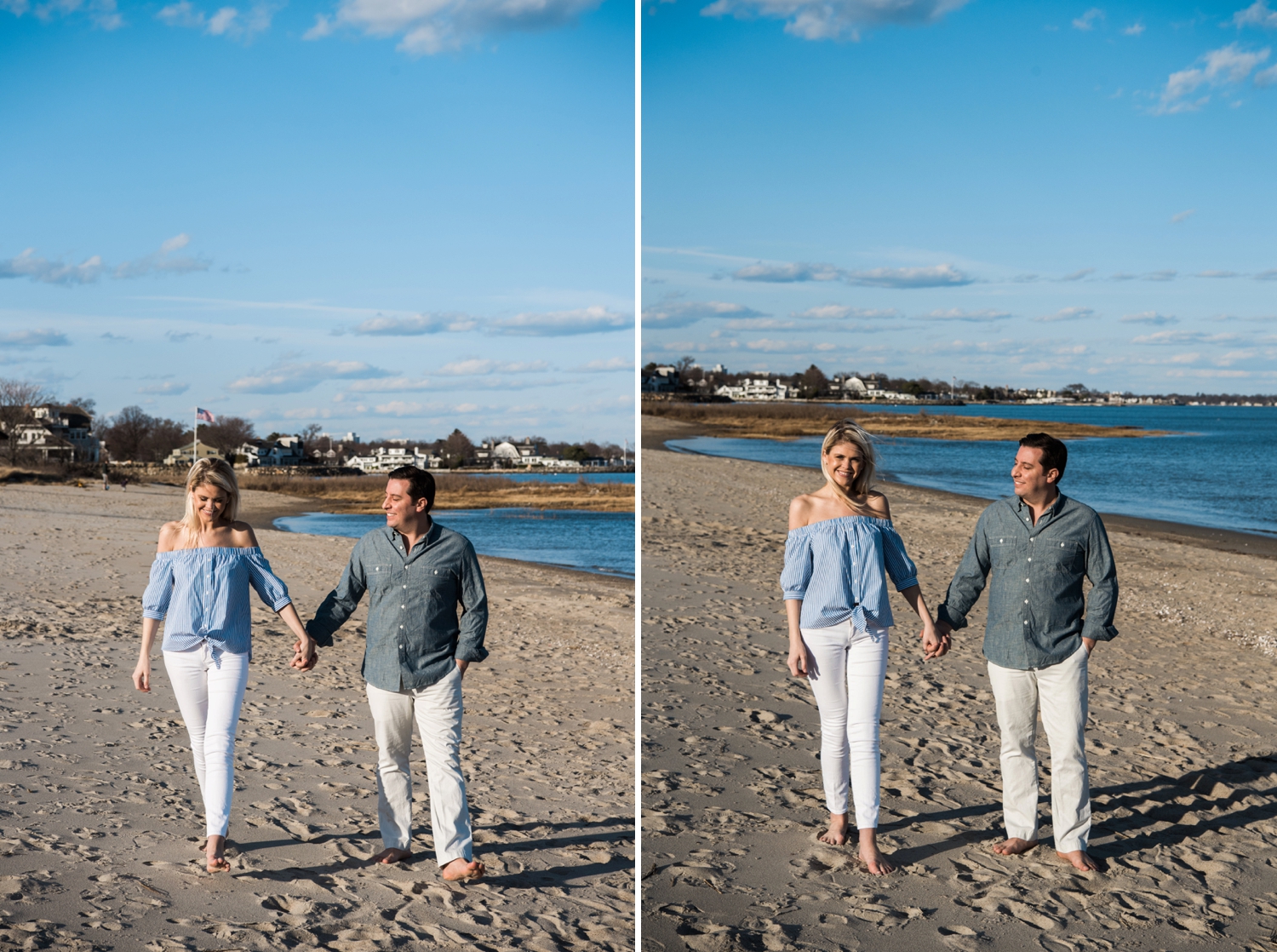 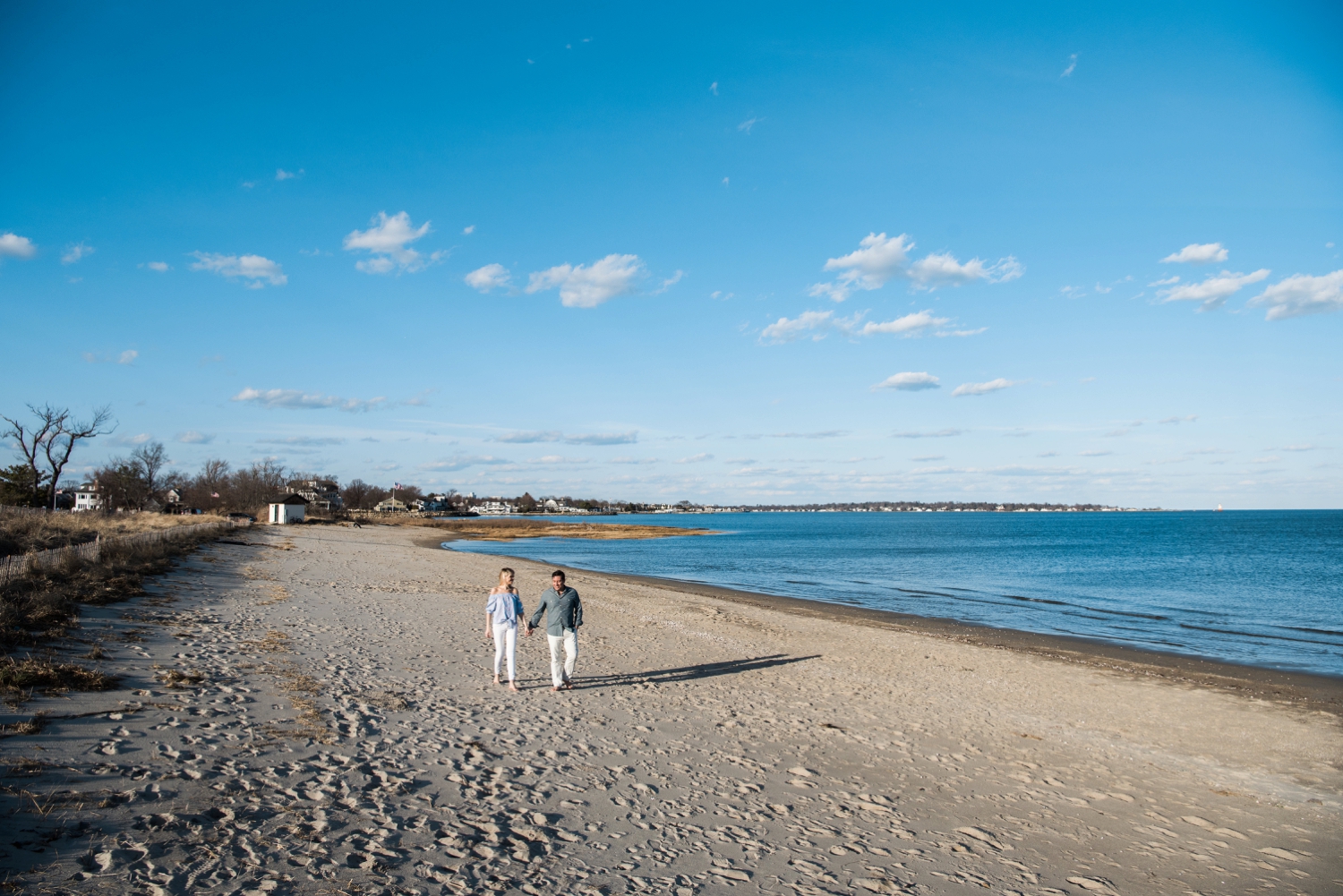 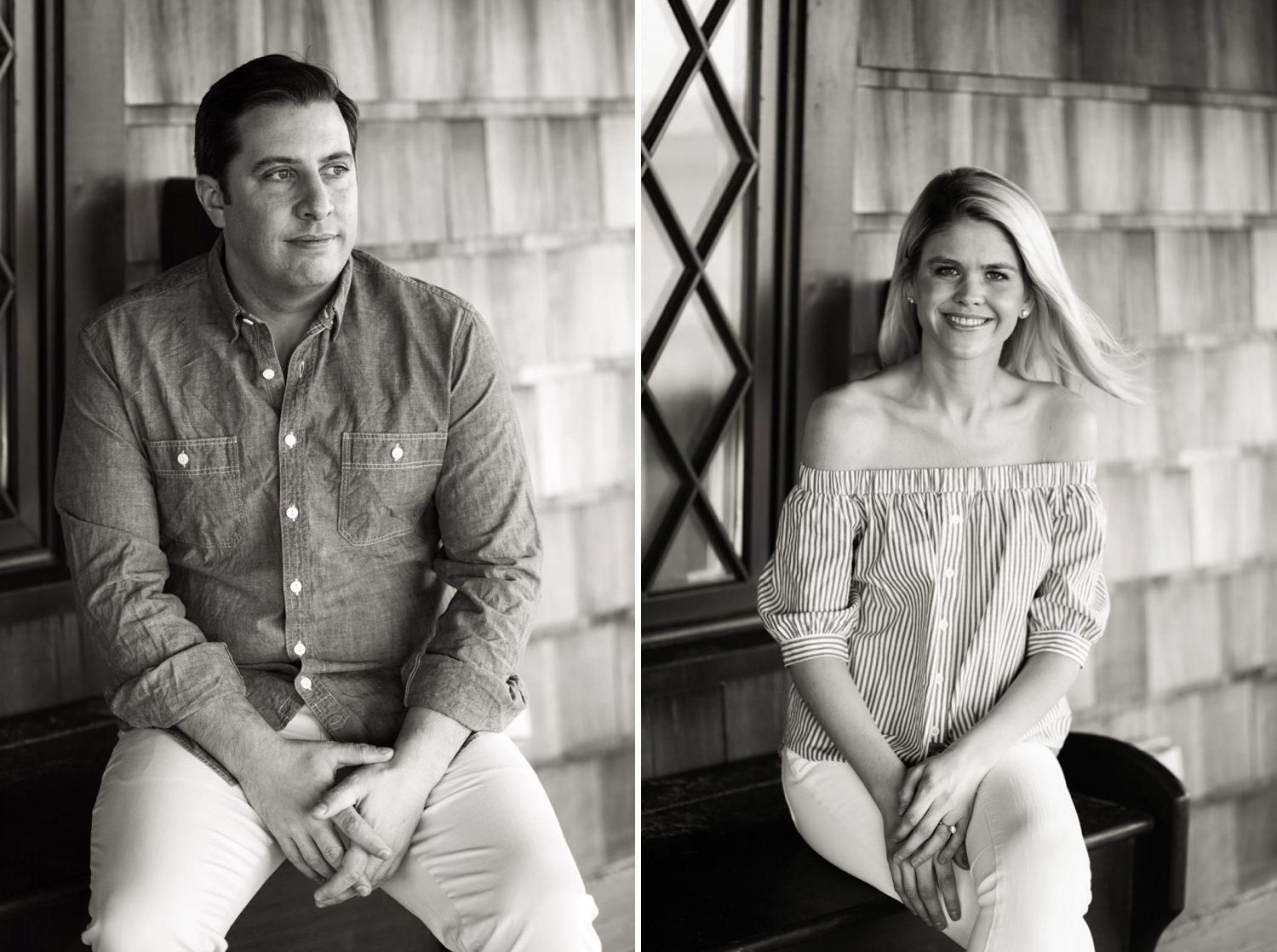 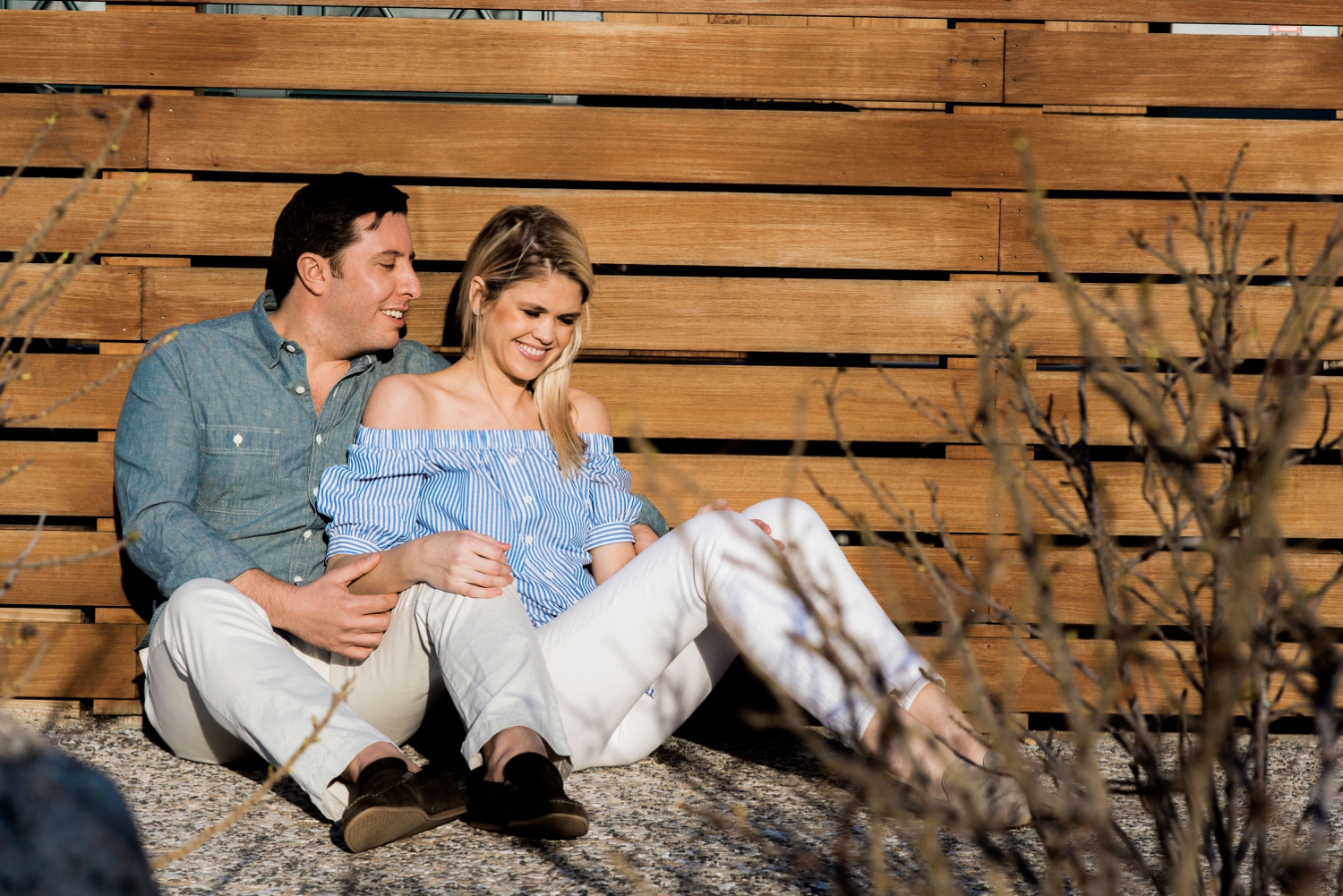 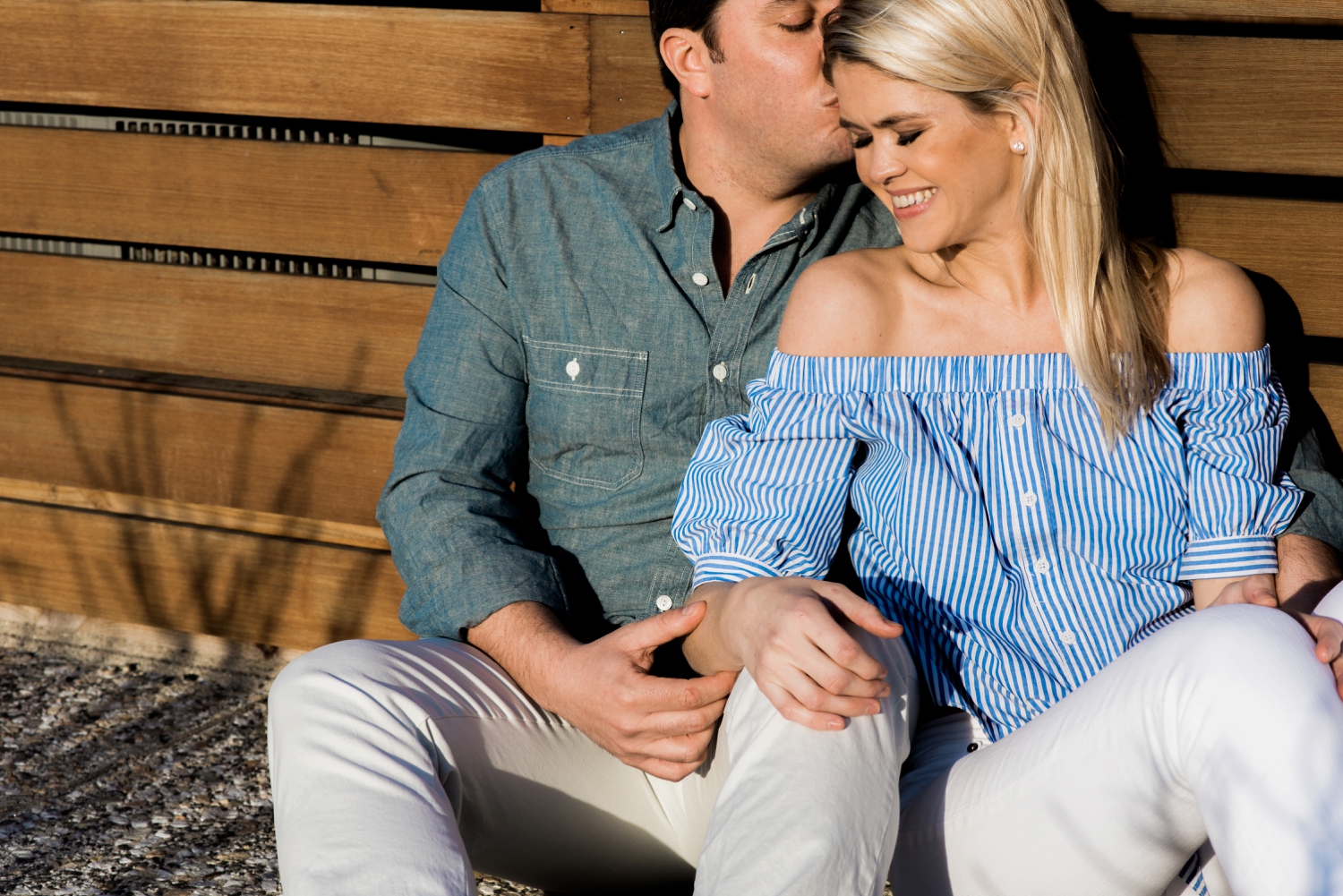 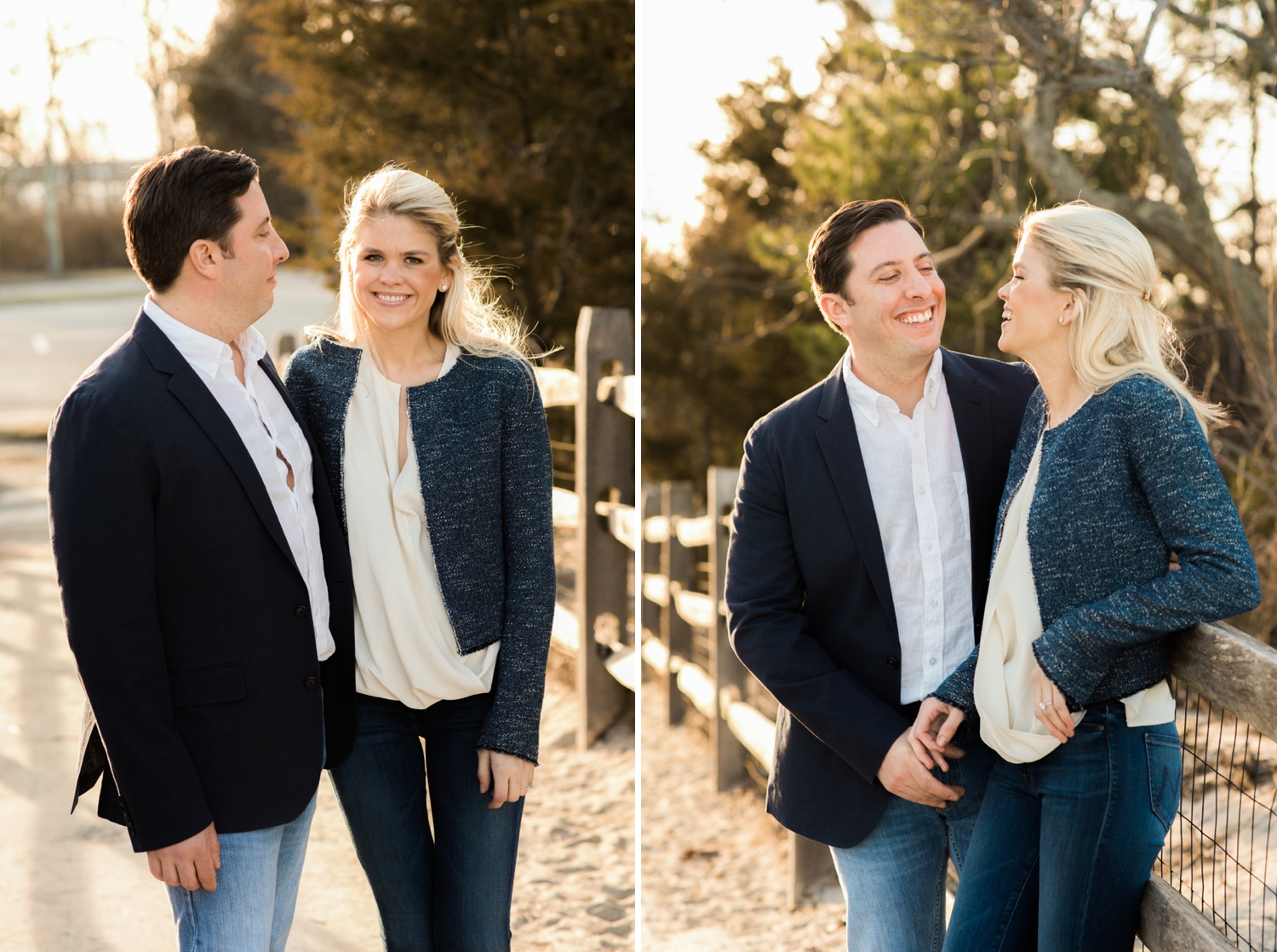 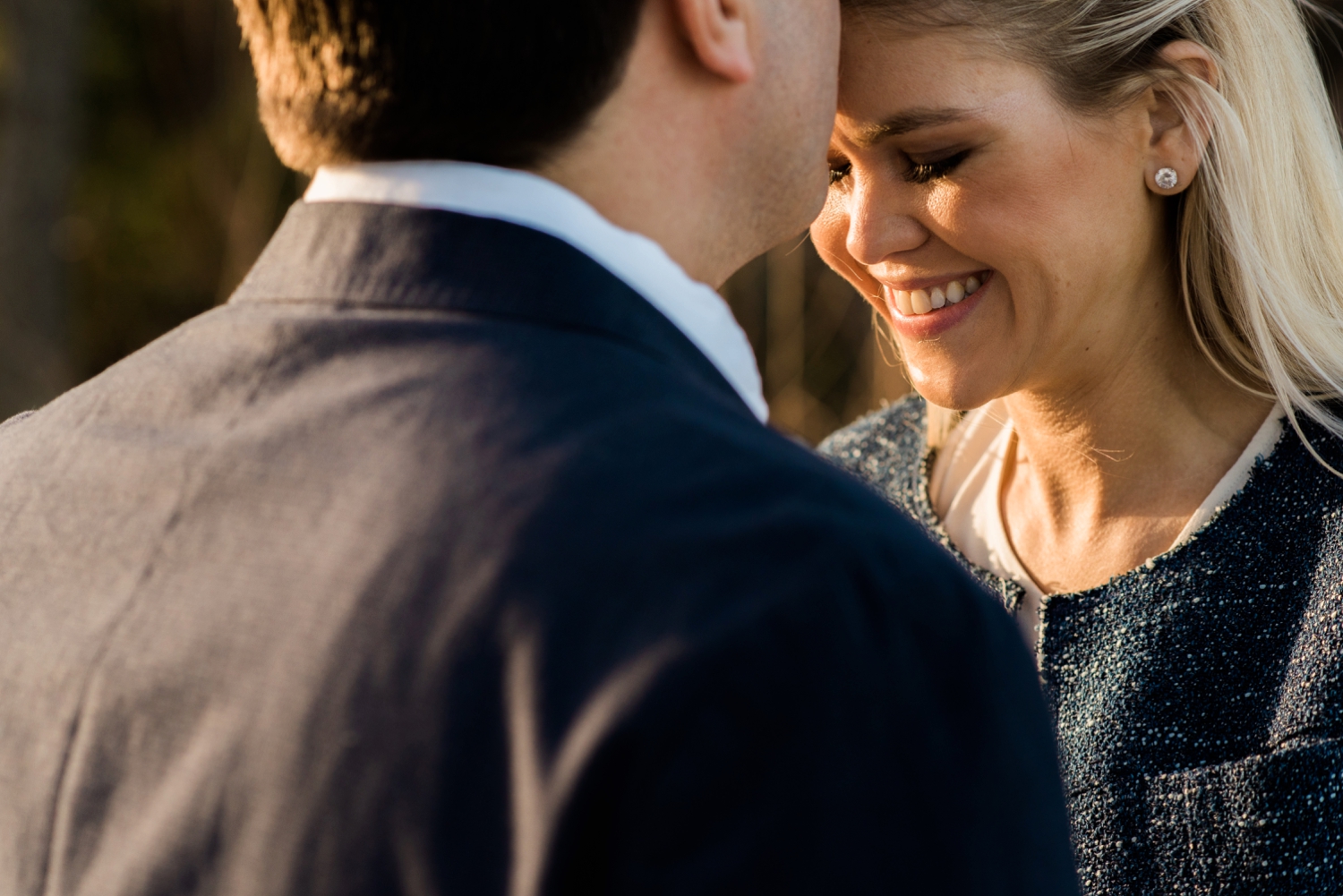 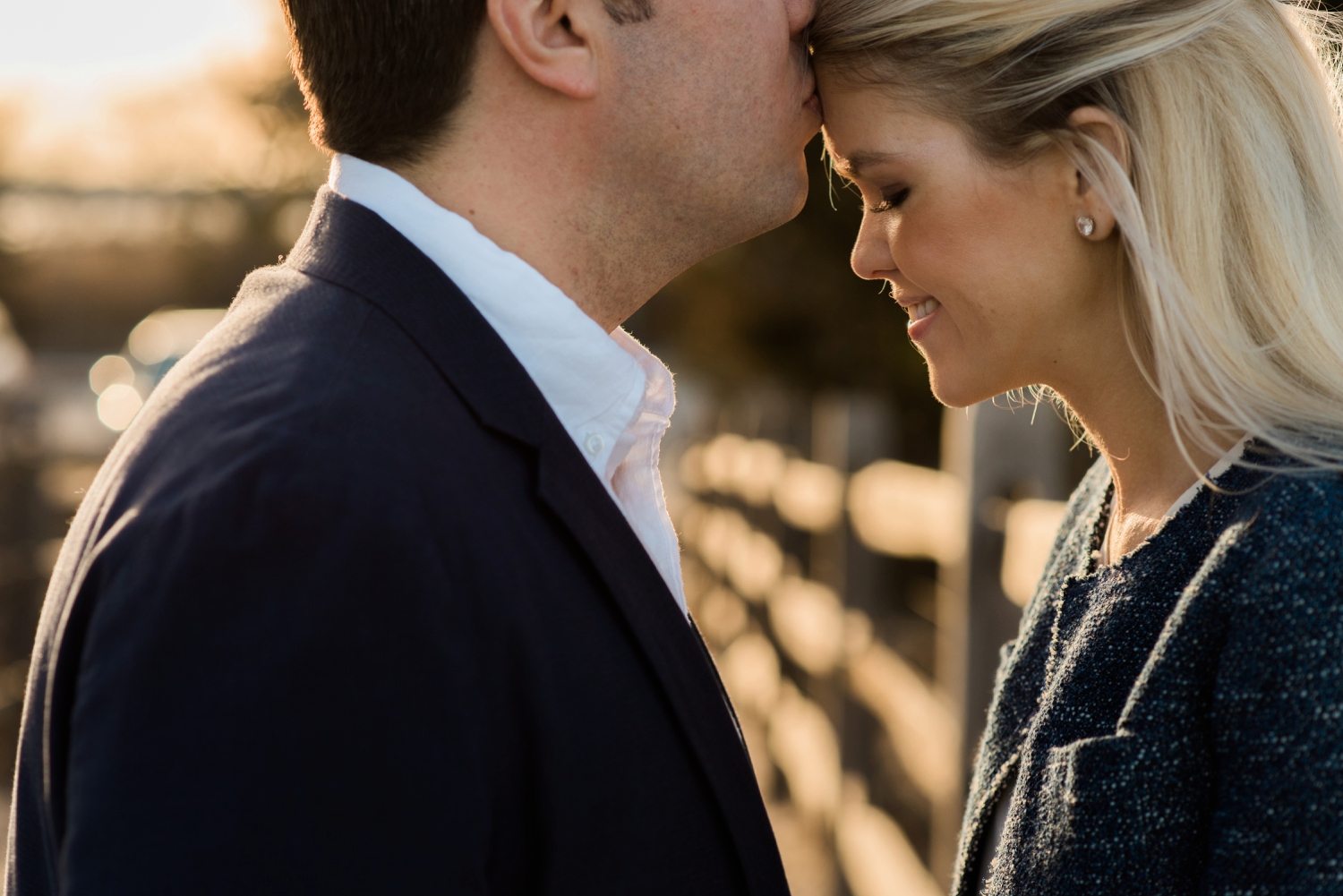 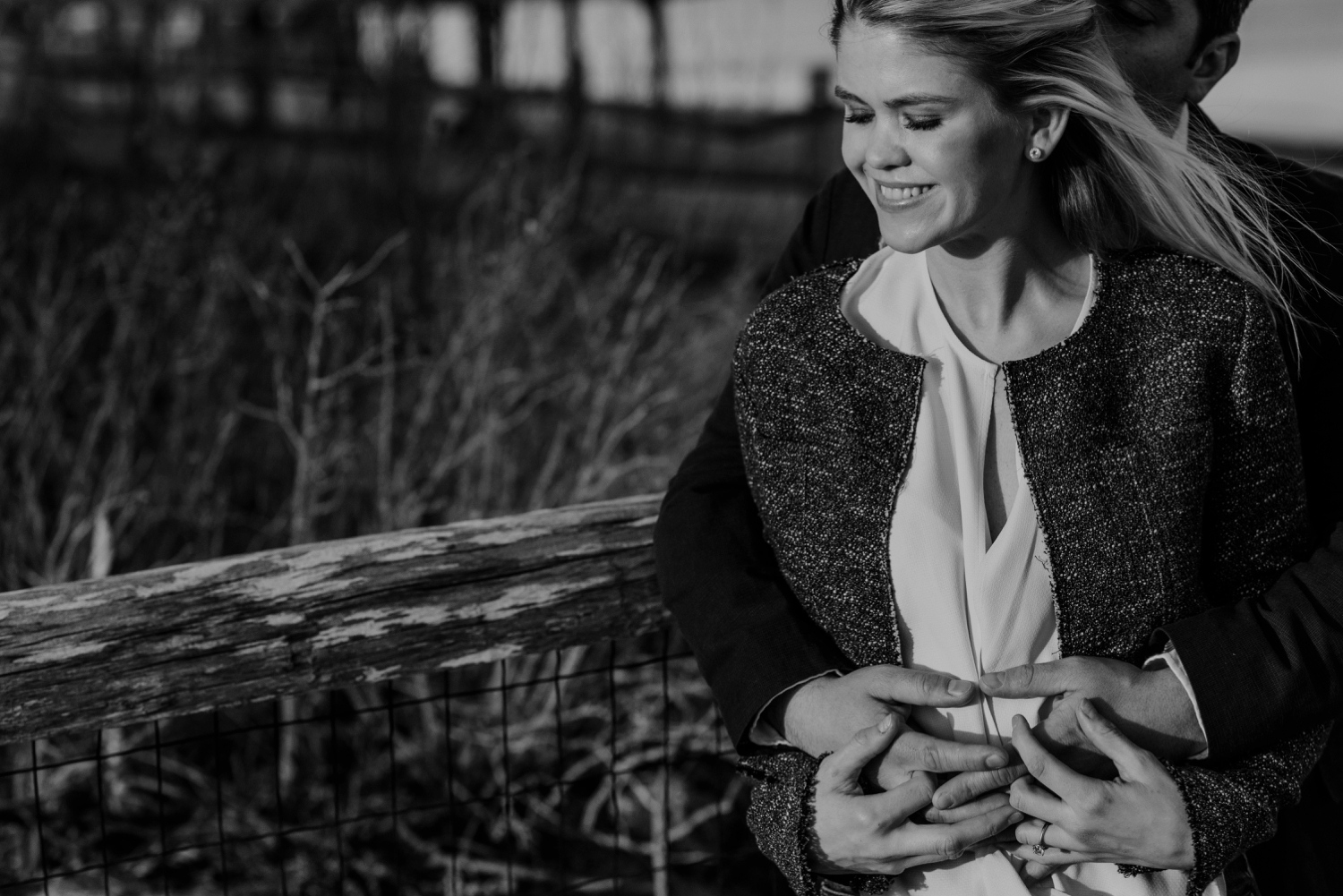 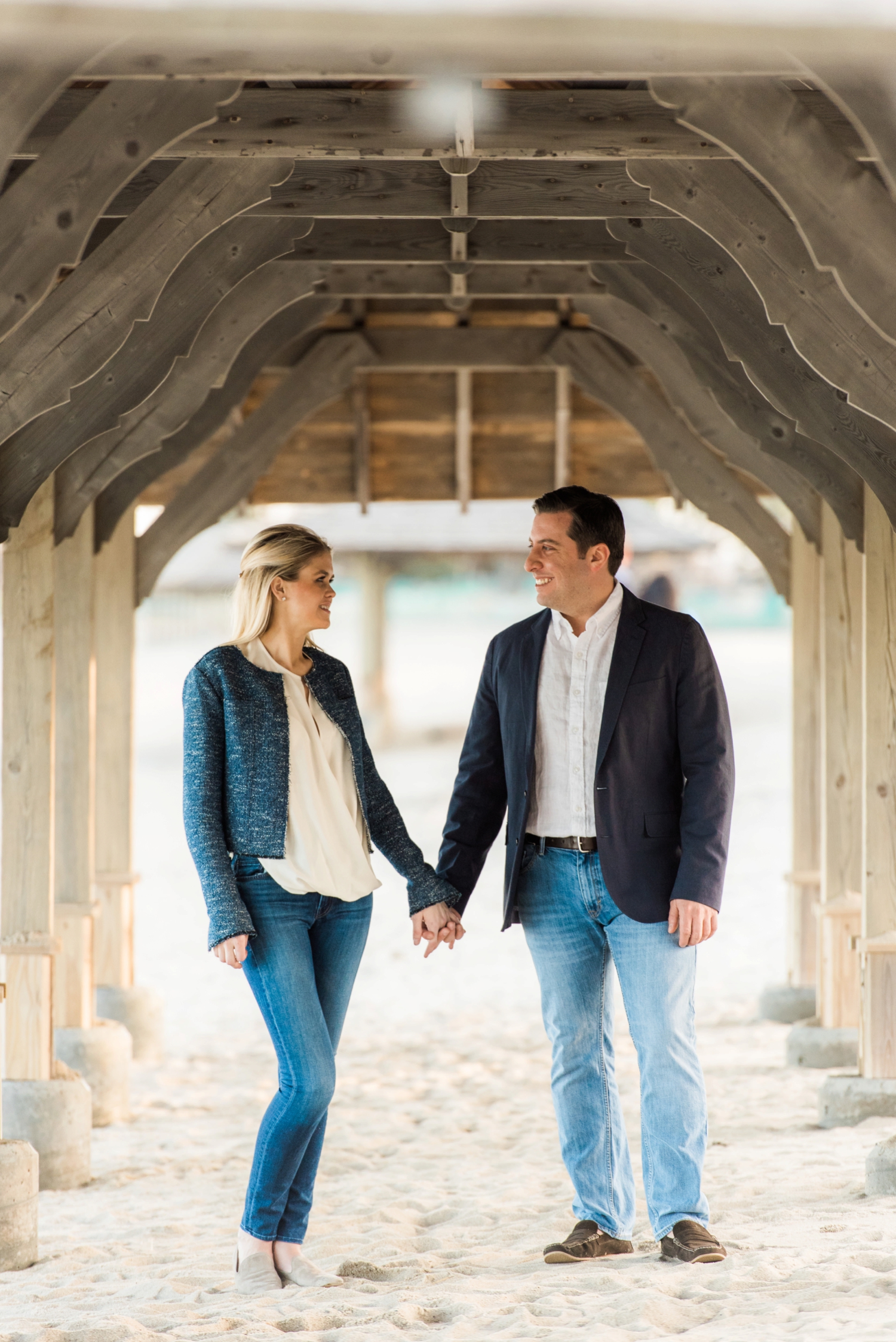 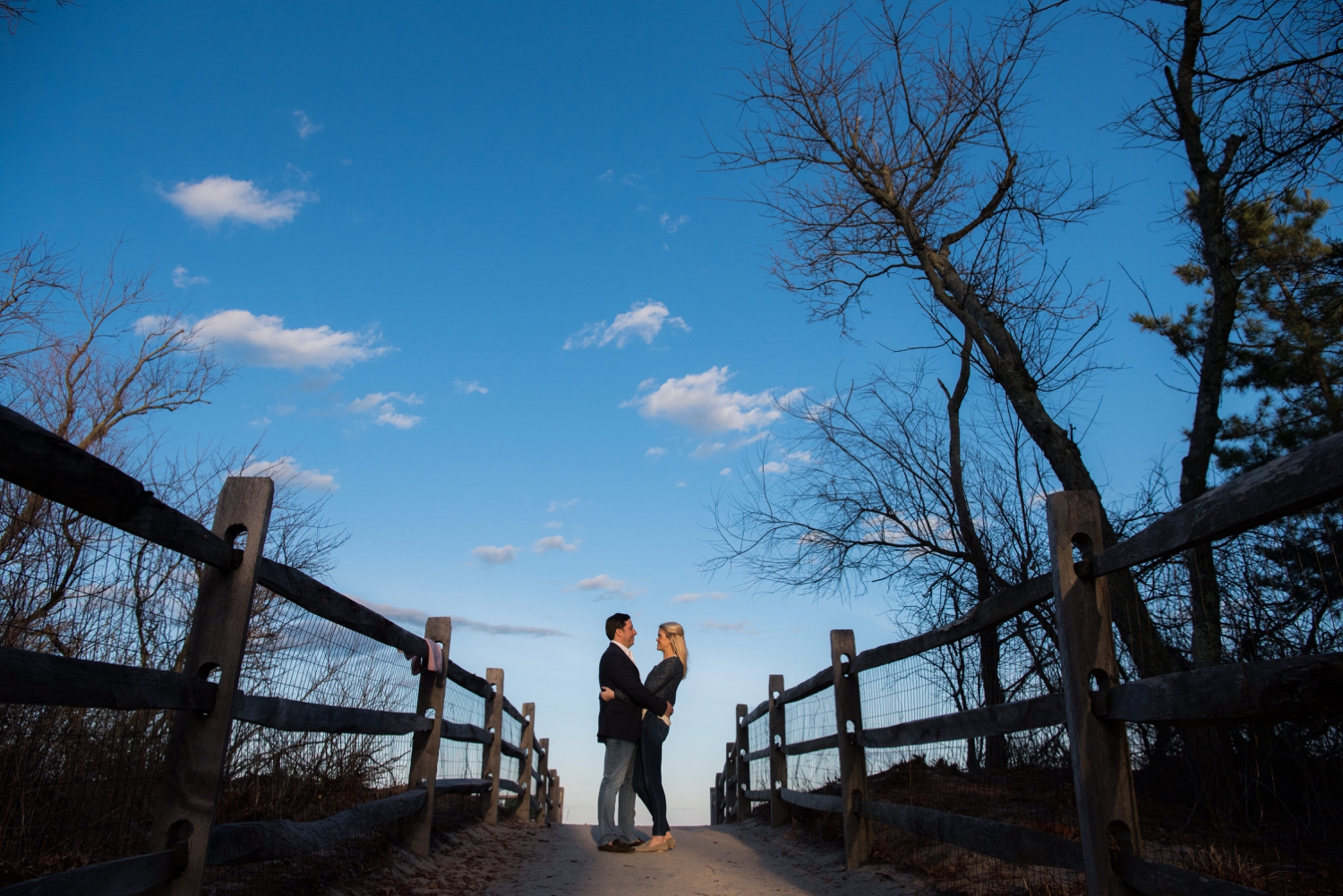 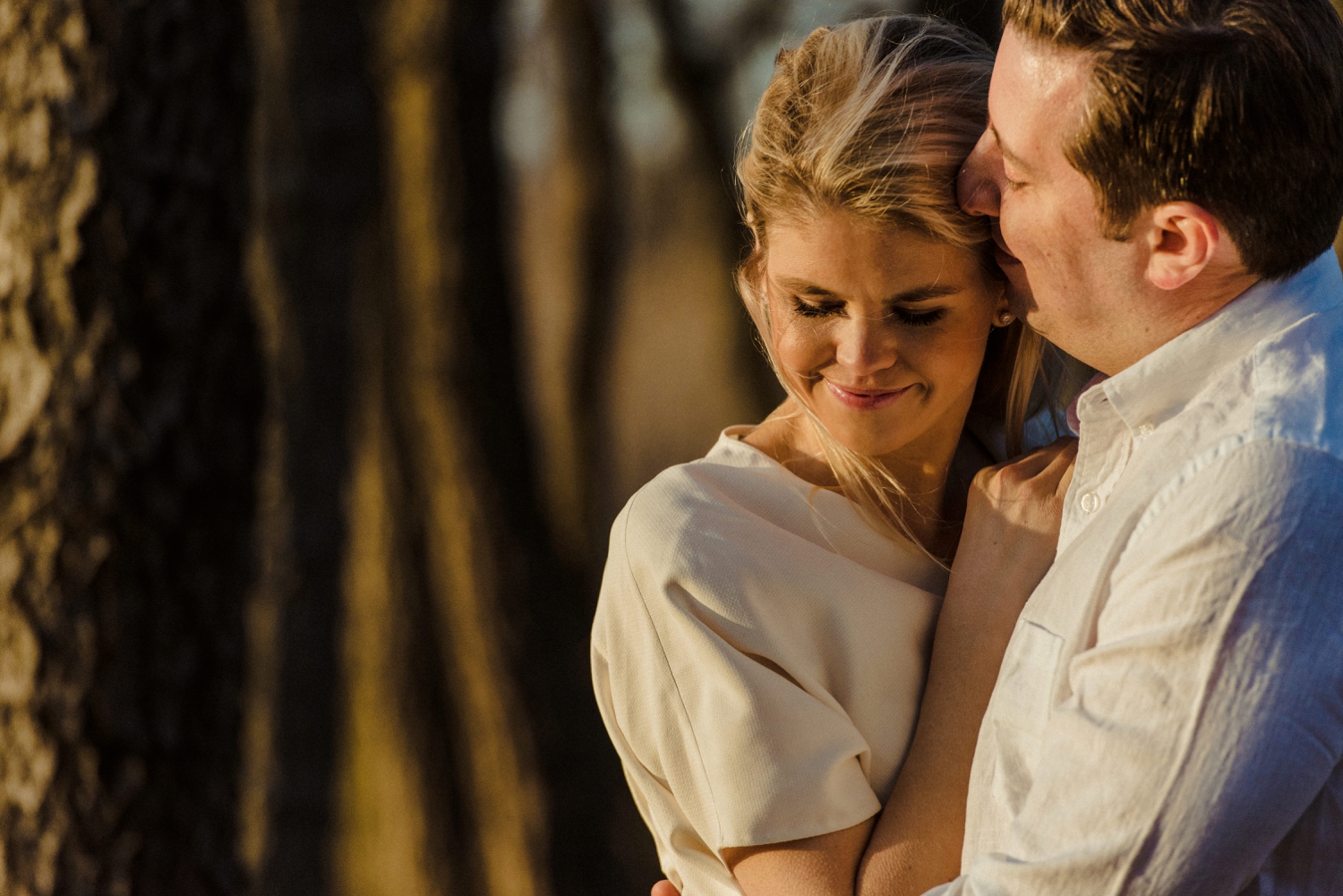 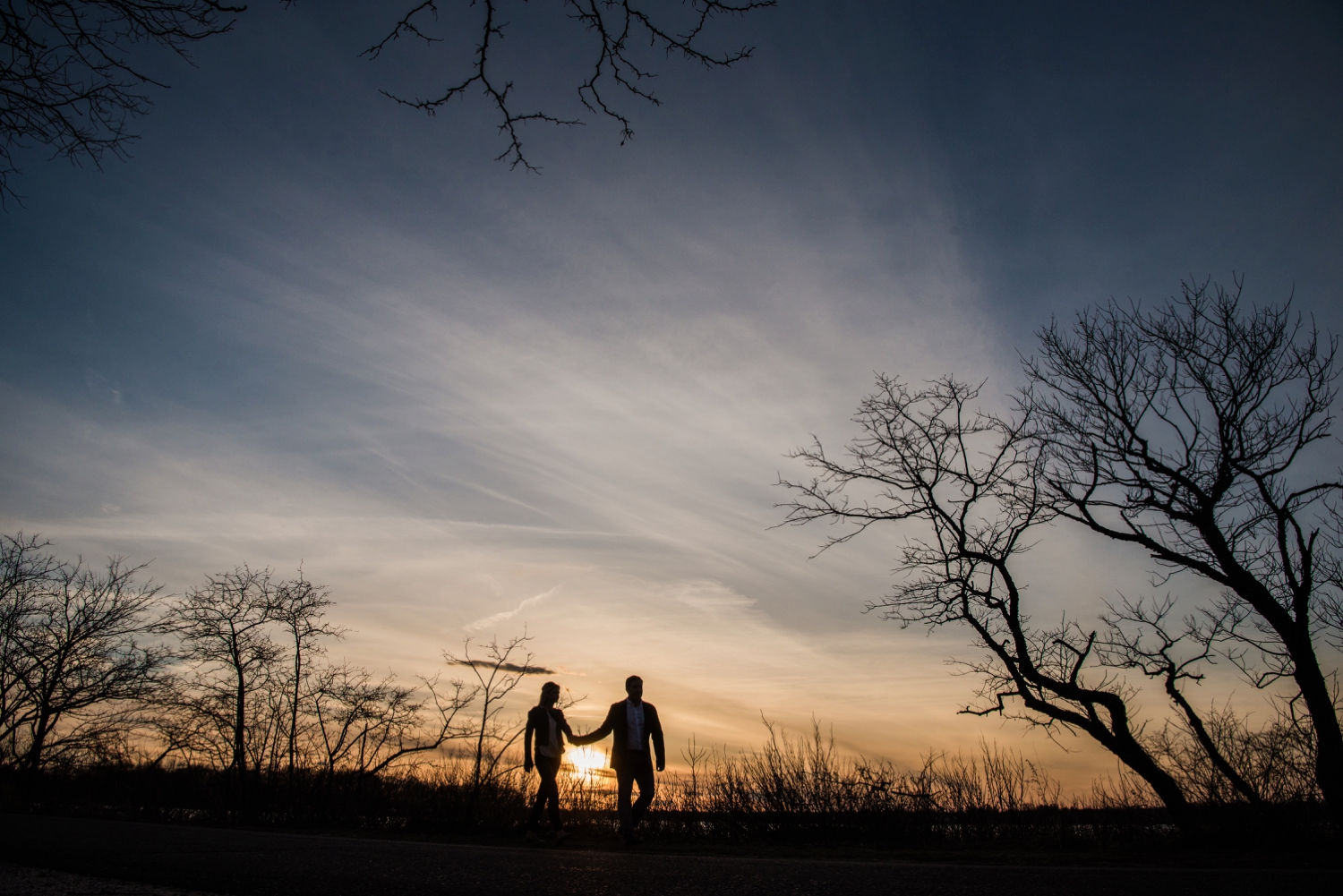 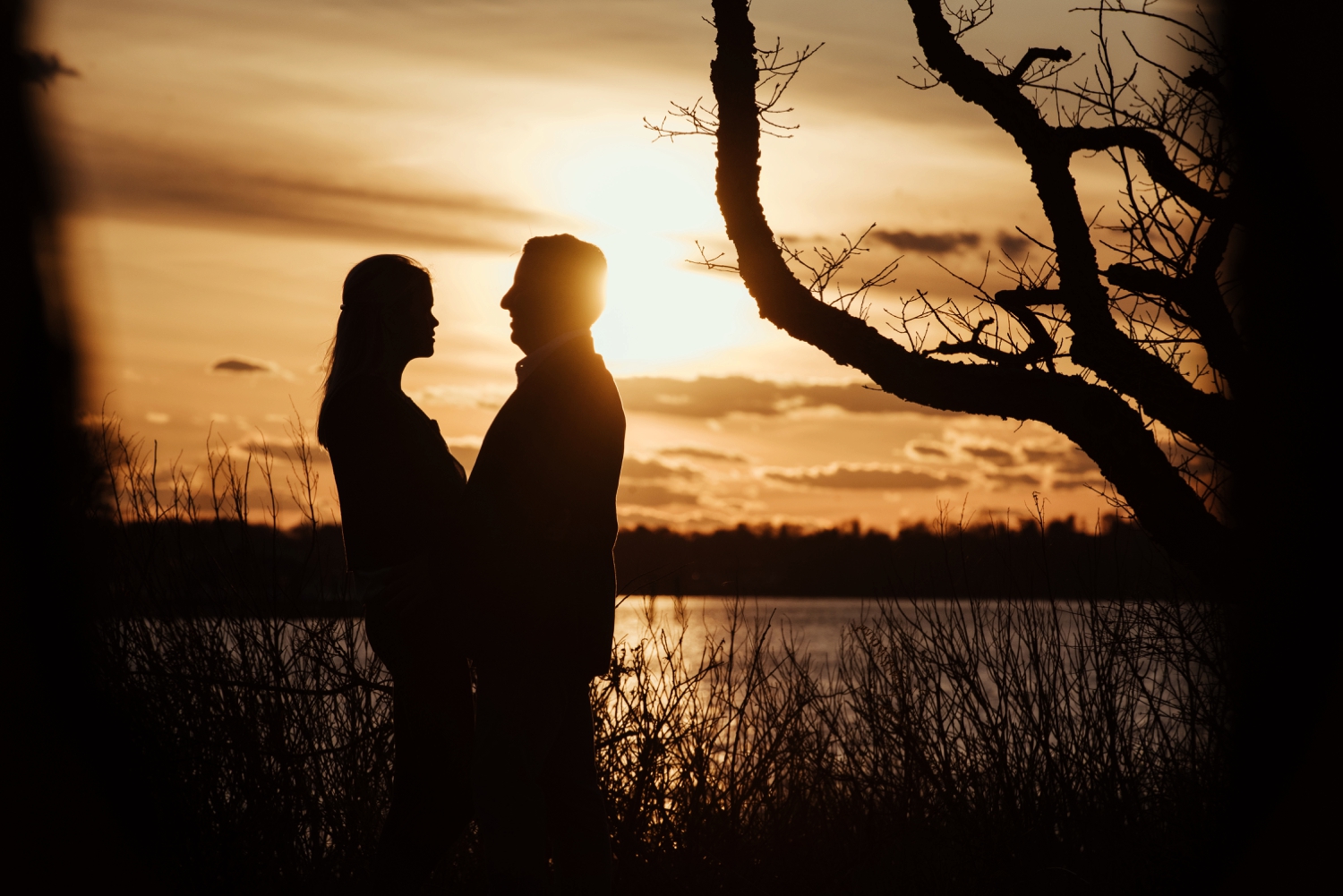