This proposal has no elaborate plan, no mega production – just a man, his confession of love, and an genuine reaction from the woman of his dreams.

Puraj emailed us about his decision to propose to Rachna a few months ago. Living in Detroit, he knew he wanted the proposal to happen in Central Park, particularly, Shakespeare Gardens. As he put it, Shakespeare is the definition of love, so what better place to do it?

We started strategizing. We ran through scenarios of “what-if’s” and “if that, then this”. When it comes to capturing a proposal, you can never be too prepared.

Puraj and Rachna decided they were each going to pick something to do during their weekend trip in NY, regardless of whether or not the other wanted to. Lucky enough for Puraj, Rachna wanted to walk in Central Park. Half our battle was over before it began. The only thing to figure out was how to delay the day so the proposal would happen when lighting was less harsh. Puraj picked the Museum of Natural History to kill time, something from what we’ve heard, Rachna was not a fan of. After closing down the museum, the plan was to take Rachna to these wooden benches that line part of Shakespeare Gardens. It was going to be our meeting spot. Once we had visual of them, we were supposed to text him it was ok to proceed. In a few of the photos below, you can actually see him checking his phone over by the benches!

While planning the proposal we kept asking, “what’s the story here?” We knew how he was going to ask, when, and where we’d be – but what kind of film would it be if we just showed Puraj walking up, getting down on his knee, and twenty seconds later, it was over? We began thinking larger. What could we do to make this a bigger production?  But after racking our brains, we kept coming back to the idea of intimacy. Get Puraj’s thoughts and feelings about Rachna and use the anticipation of the moment as the build up and story of the film. Him playing with the ring and contemplating the proposal added to the story. You can really see his nervousness!

We did a location scout a few days prior to the actual proposal and found a secluded spot around a sun dial in the gardens. It was perfect. We followed Puraj and Rachna with our cameras as they climbed the stairs and weaved the narrow paths lined with bright flowers.

When they reached the sun dial, it was show time. He took Rachna’s bags and positioned her for the moment. They talked. What they said, we’ll never know. It’s our belief that what is said during those moments is between the couple, which is why we never record or put it in the films. Although we couldn’t hear what was said, the moment Rachna realizes what’s going on was absolutely priceless. There’s nothing better than seeing a woman so happy, especially when they are clueless to the cameras. You know it’s completely raw and real.

We let them have their moment before Puraj pointed us out in the near distance. We took the next hour to do an engagement shoot and document the moment for the couple (we still think Rachna had no idea what was going on – the poor girl was blindsided and then rushed into a photoshoot!).

Towards the end of the shoot, Marty and Donnell pretended to head home. Little did Rachna know there was another surprise waiting for her that they were headed to document.

Puraj told Rachna they had dinner plans down in Chelsea – what she didn’t know was their closest friends and family came to NY to celebrate with them. Be sure to check out her reaction in the photo below!

We’re so honored to be there to photograph and film this special moment in these two people’s lives. We hope they have a lifetime of happiness! 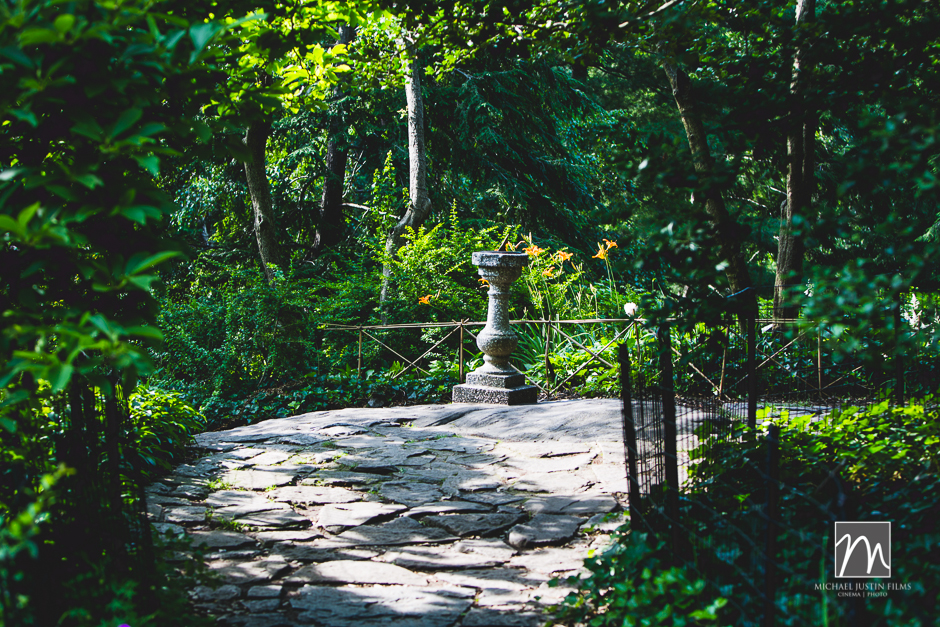 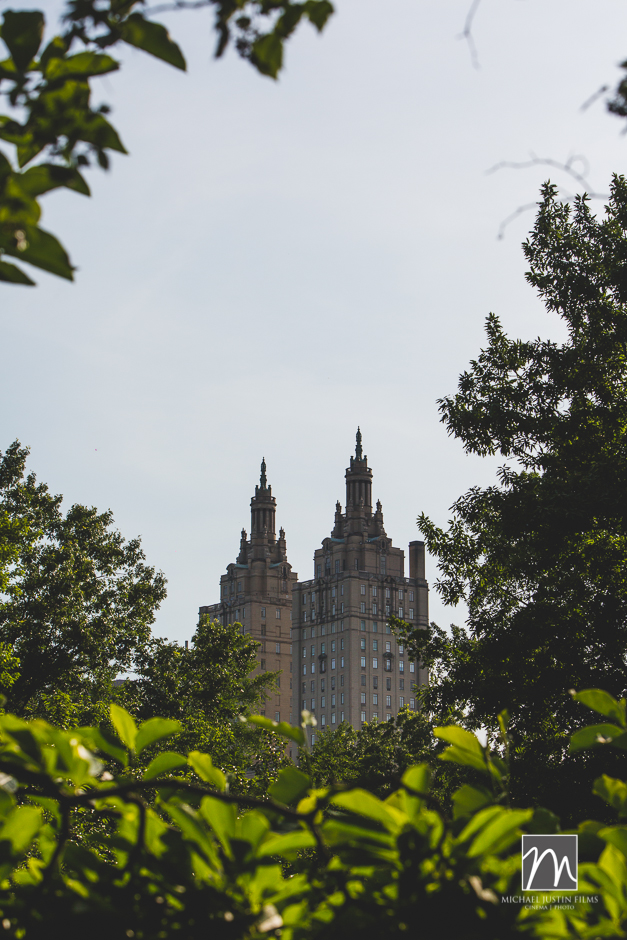 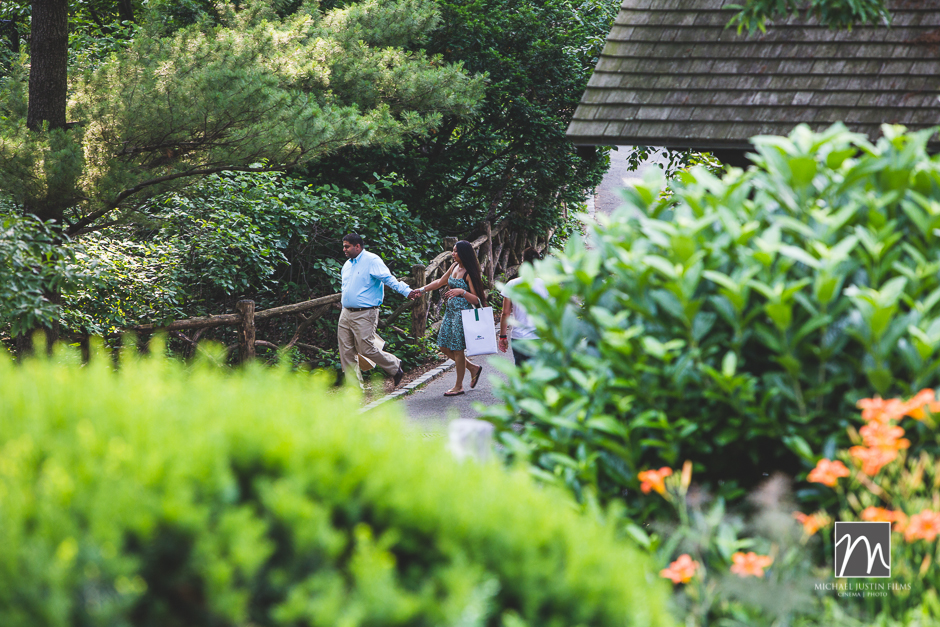 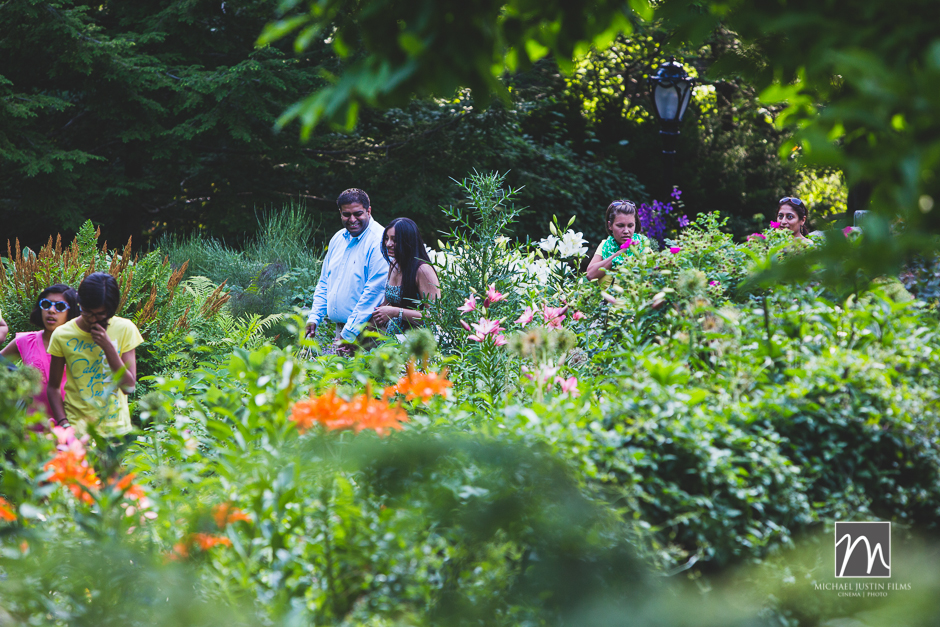 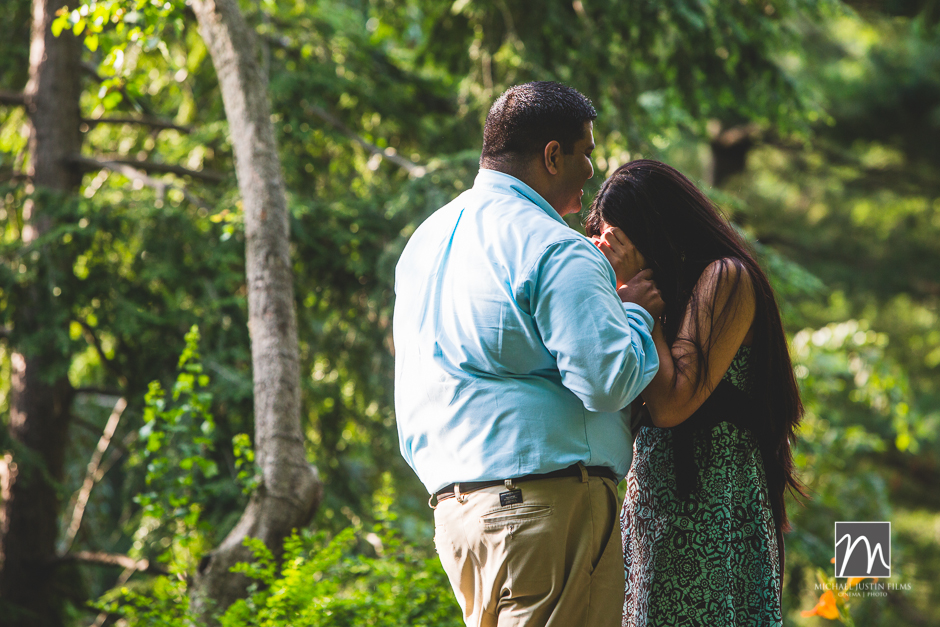 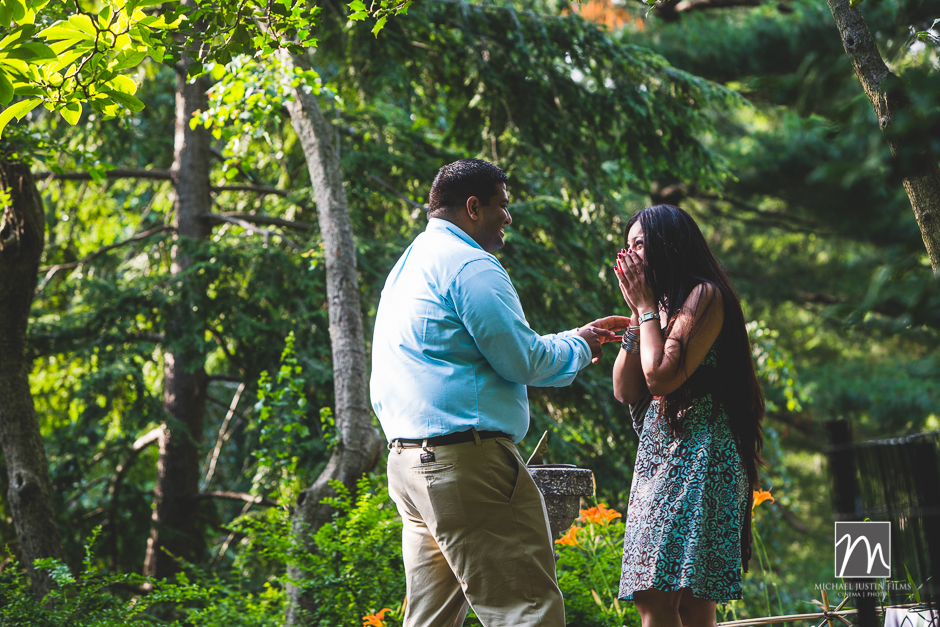 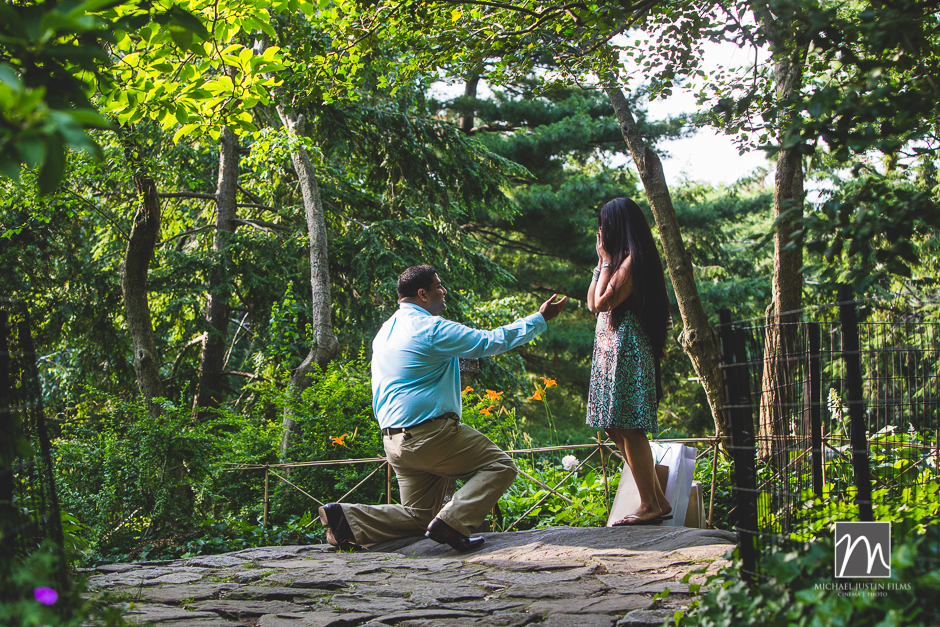 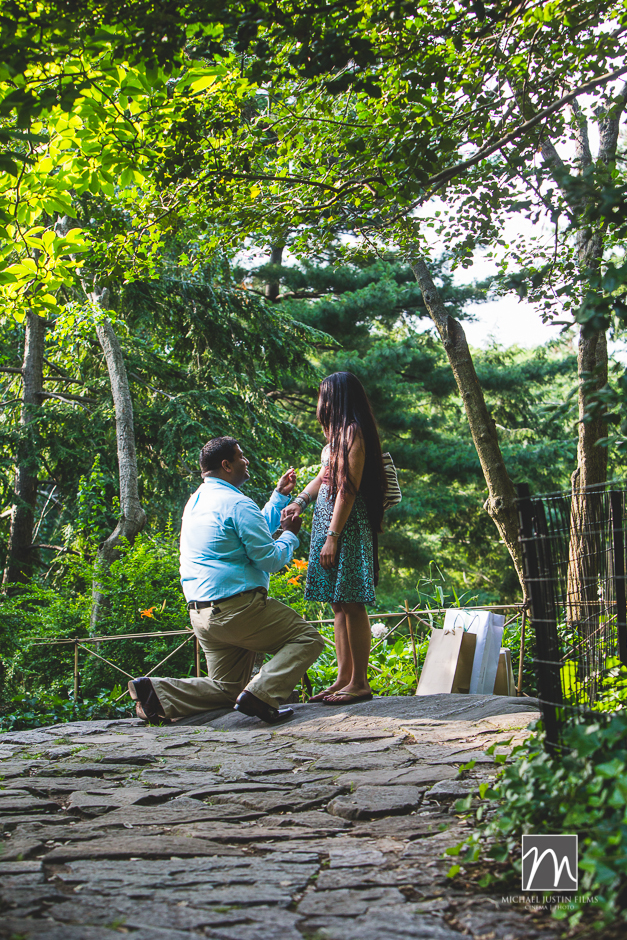 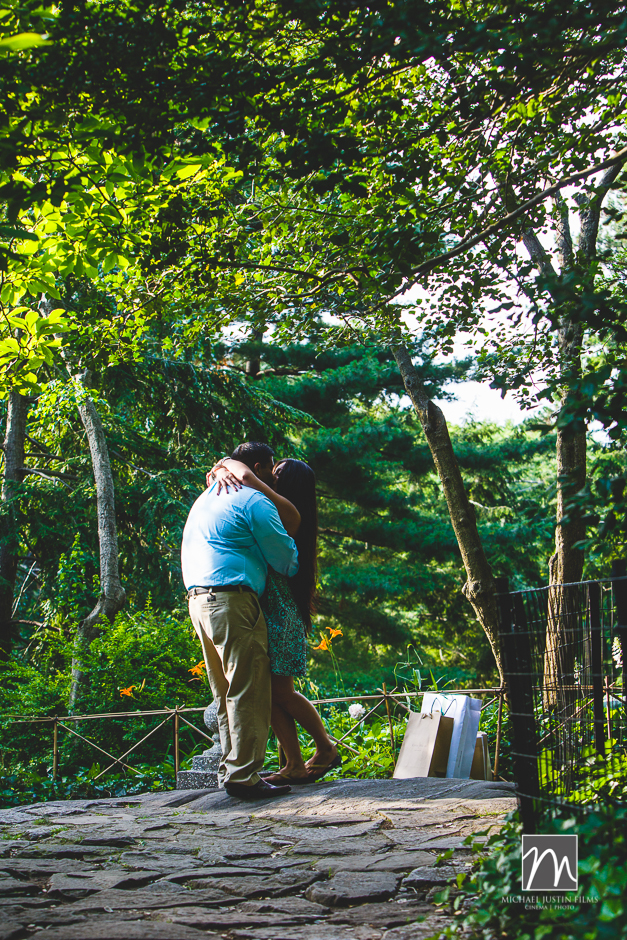 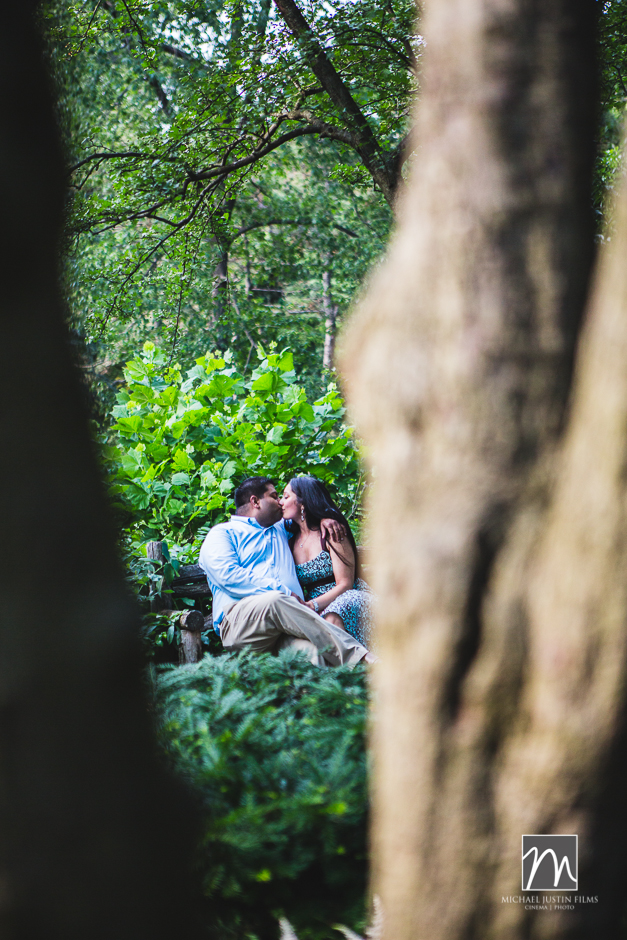 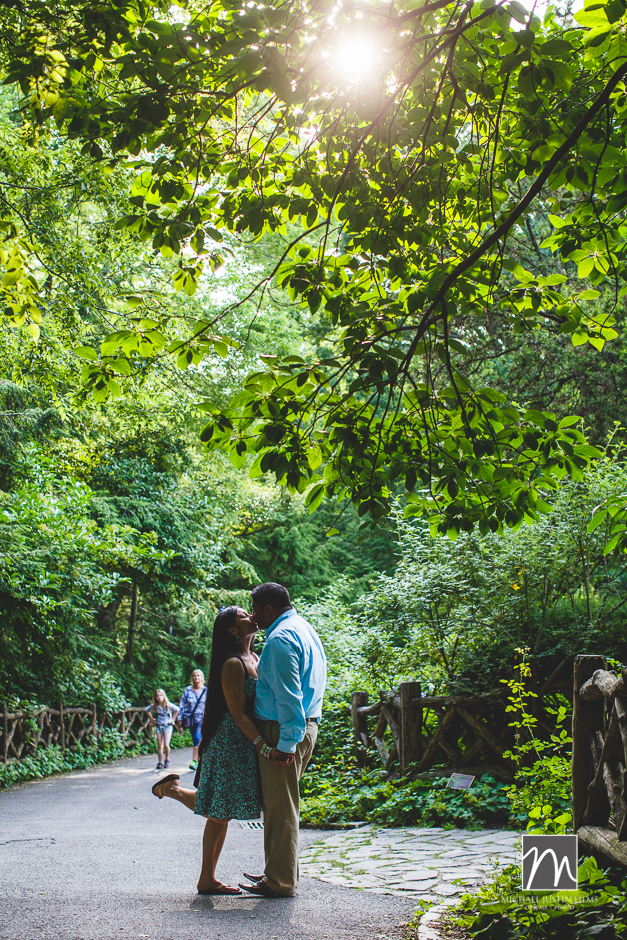 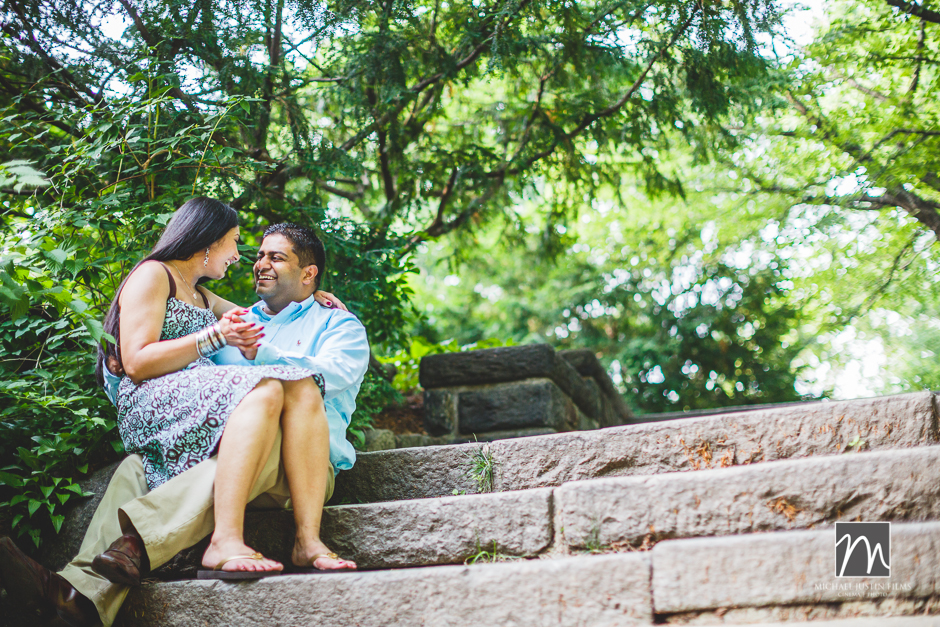 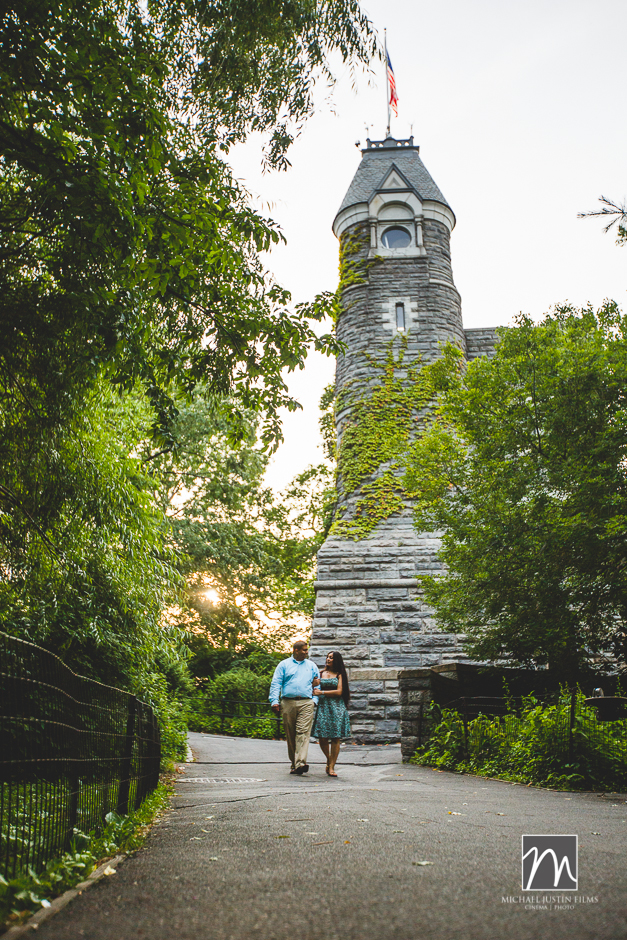 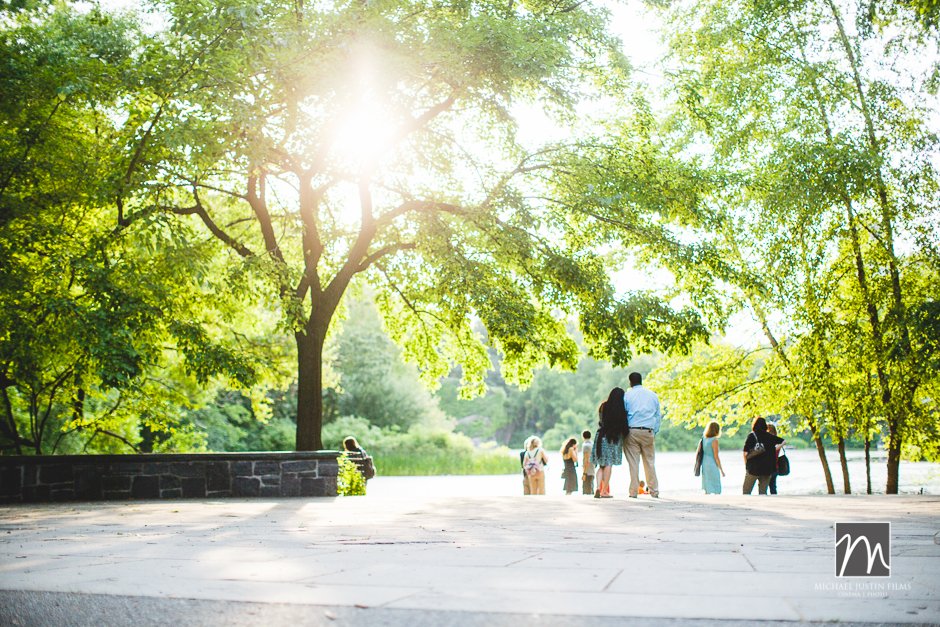 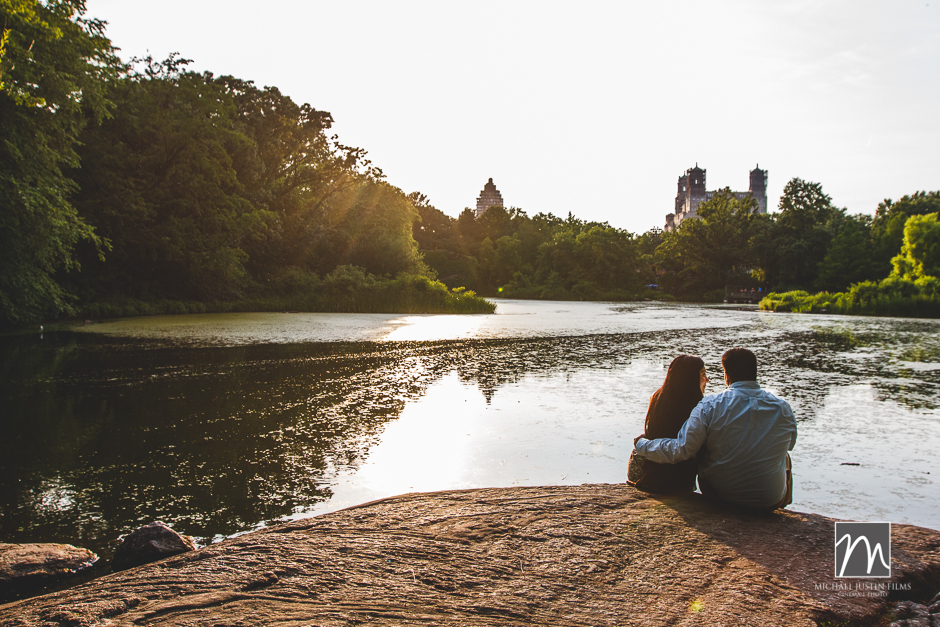