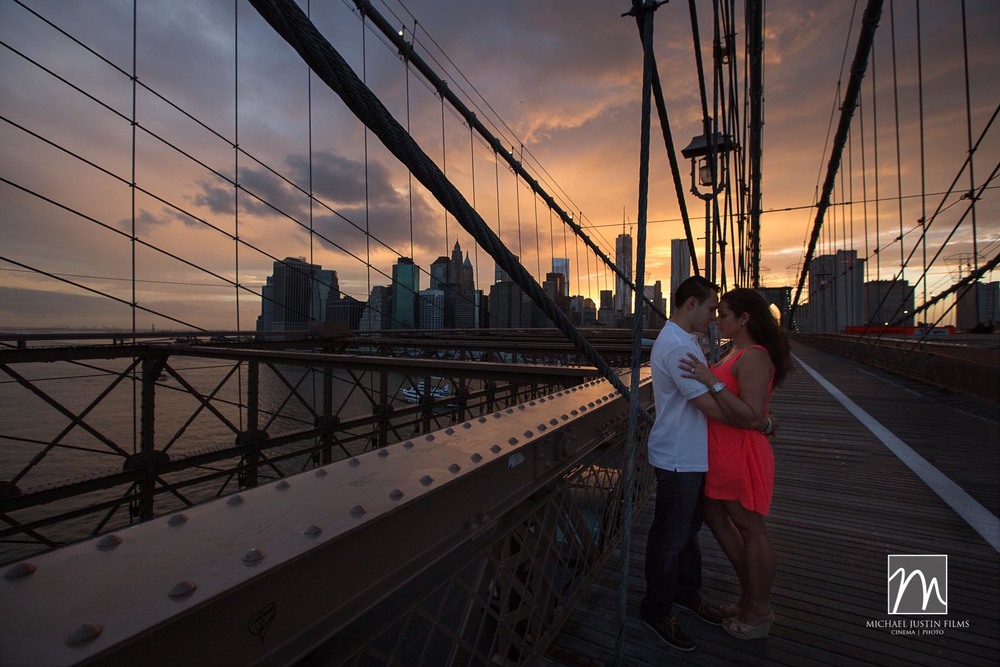 It’s safe to say New York City has some of the most iconic buildings and structures in the world. We are so lucky to live in the heart of it and only be a short subway or car ride from them all. It may be surprising then to know that although we’ve lived in or around NYC almost all our lives, we’ve never been to the Brooklyn Bridge. Sometimes being in such close proximity to something results in a “we’ll do that another day” mentality. We’ve driven over it, seen it from afar, but never actually walked it.
Cue Danielle and Will!

Danielle and Will are the wonderful couple who we’ll have the pleasure of photographing and filming next June. We like to advise our couples to select engagement photo locations that have special meaning and will produce different imagery than their wedding photos. They decided on Brooklyn since Will’s a Brooklyn boy and their wedding venue is more of a country-club setting. These photos allowed them to stay true to Will’s roots and have some awesome urban photos to hang up in their home.

We started the shoot in an area where we knew of this gigantic, bright colored mural painted on the side of a building. Only when we got there, we found it had been painted over solid teal blue. It was a little disappointing but we noticed Danielle’s dress and tan really popped when she stood in front of it. We got a few solo shots of her and moved on.

We headed towards the park that hangs just under the bridge but soon found out that unless you have a permit, you can’t take photographs in the area. We found this pretty hilarious since every 20 feet there was another engaged couple or model being photographed by a professional – yet we were the ones who were approached by the police. The rest of the photos that we took in the area were on the DL. Taylor, our wonderful intern, was a huge help that day and played ‘watch dog,’ looking out for approaching cops and staying w/ our gear.

One thing they don’t tell you about when trying to cross the Brooklyn Bridge is, it’s a loooooooooooooooooooong walk. Poor Danielle wore shoes that weren’t made for walking long distances. She was a great sport but after suffering for too long, Will offered her his extra pair of shoes – which she gladly accepted. It turned out to be a pretty funny photo seeing her in a trendy dress and men’s moccasins!

We learned something else about the Brooklyn Bridge that day – beware of BIKERS. We’re not sure who had the grand idea to put both bike and pedestrian paths in the same congested area, but we’d like to find that person and give them a talking to. There were many occasions where someone nearly was run over by a buzzing biker. The bridge was undergoing some work so unfortunately we weren’t able to take full advantage of its beauty. But after some creative camera placement and some photoshop work, we were able to make some pretty fantastic photographs.

We ended the shoot sweaty, blistered, but overall extremely satisfied w/ the engagement photos. Danielle and Will were rockstars who battled the elements. We can’t wait for next June when we get to capture their beautiful wedding day! 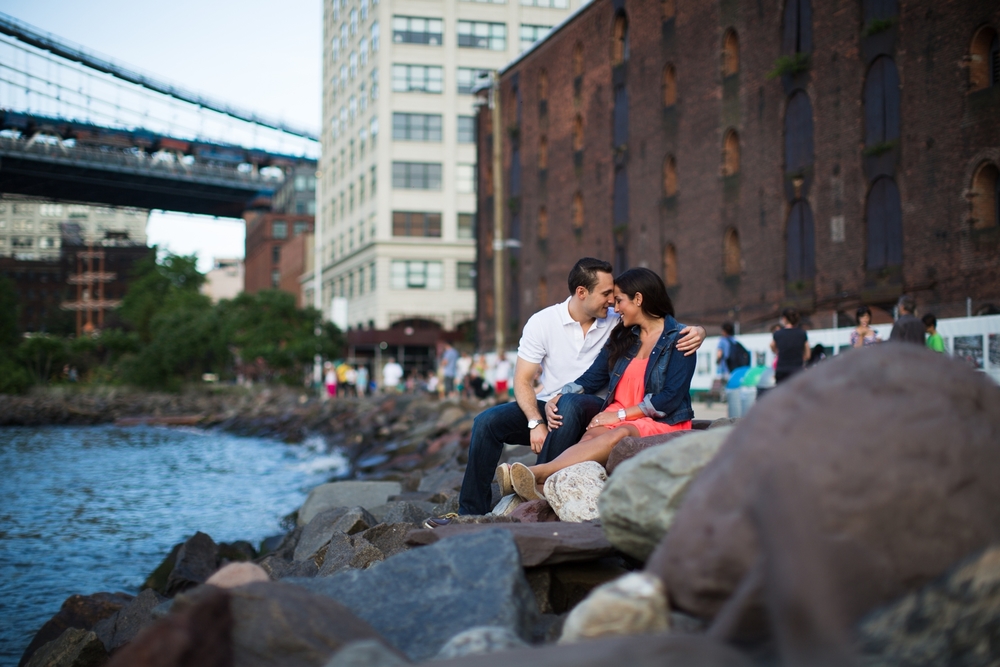 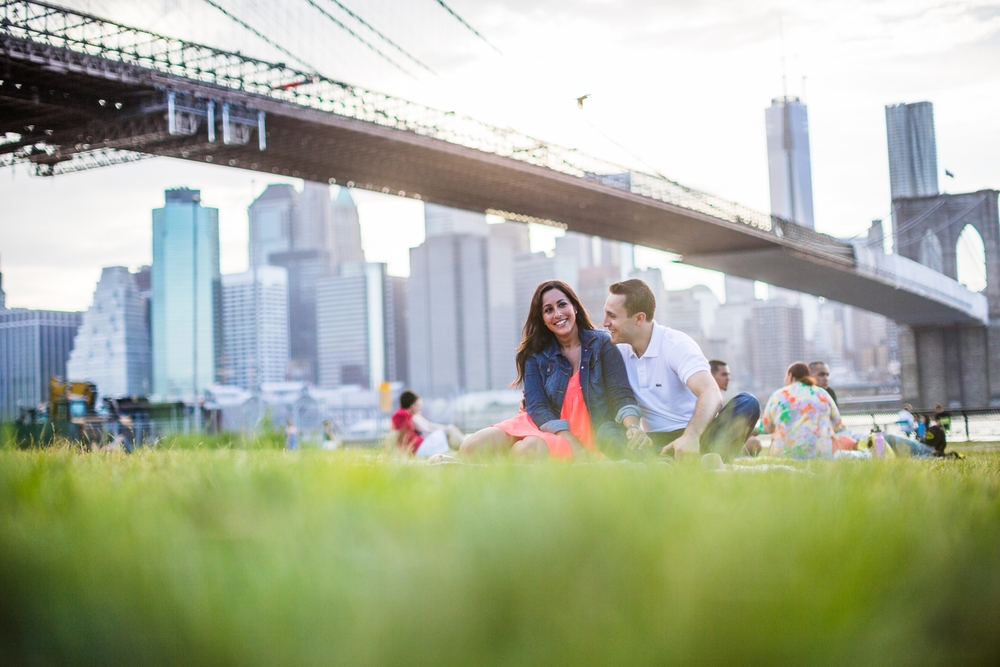 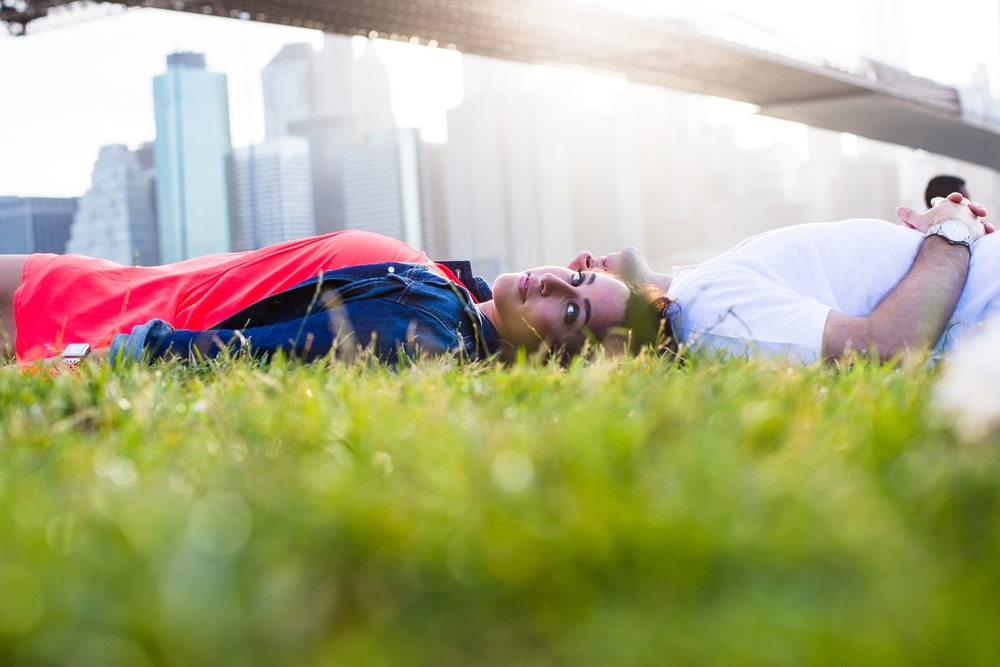 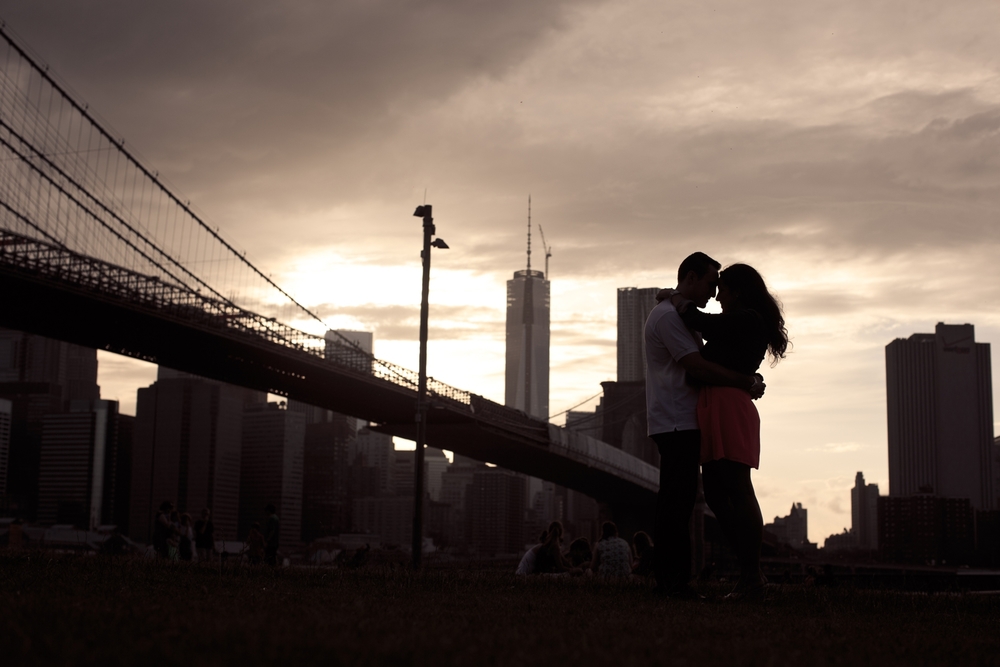 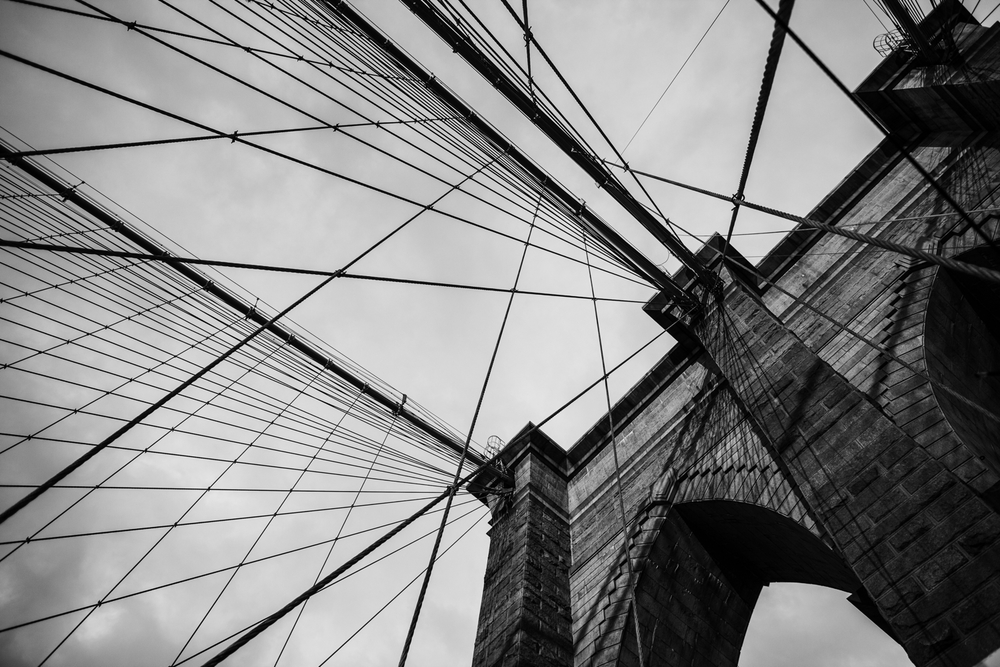 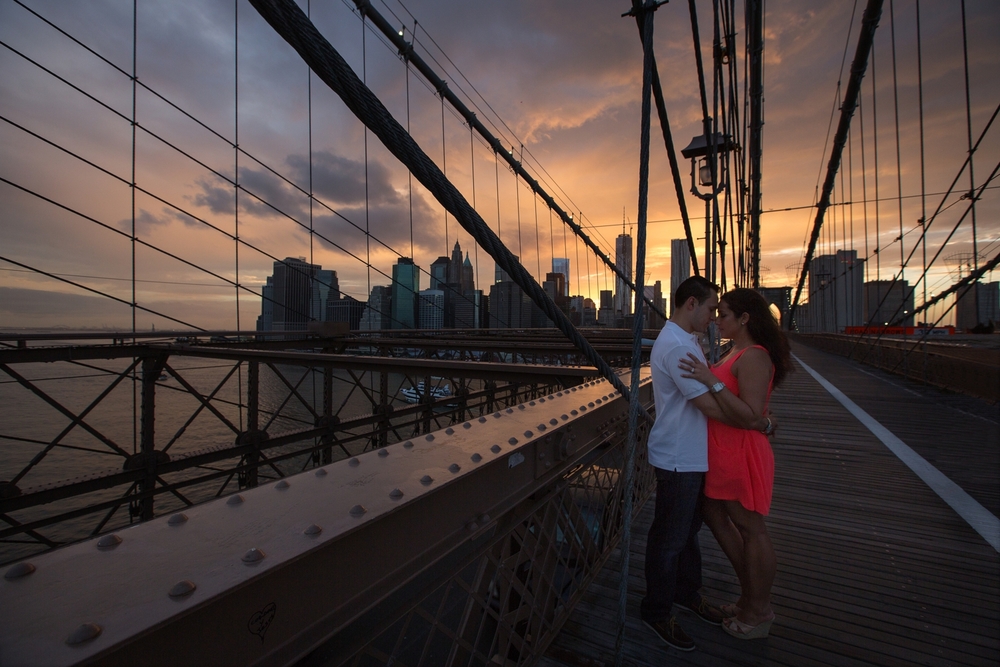