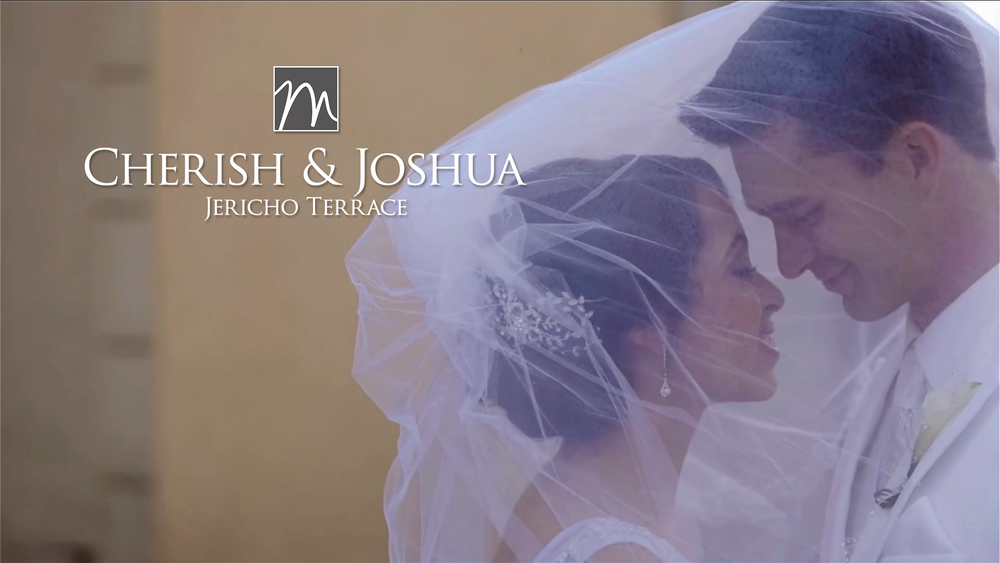 Faith and love – two words that describe Cherish and Joshua’s wedding day. We used these words as our motivation and inspiration and kept them at the forefront of our minds while editing.

We were lucky enough that when we first met Cherish and Joshua, Cherish’s parents came along for the meeting. It’s an added bonus when we can develop a relationship with parents – after all, they are major characters in the film and having them feel comfortable with us is just as important as the bride and groom. Cherish is a kind soul that puts you at ease when you meet her. Her laugh, her smile – everything about her makes you feel at peace. Joshua is the exact same. It must be their west coast charm!

Their wedding day started at the Vianna Hotel in New York – both Joshua and Cherish and their friends and families were there to help the two get ready. Although only one made it into the film, Joshua gave Cherish 7 different gifts that day. It was a sight to see as gift after gift after gift arrived at her room. We opted to show the prayer gift that Joshua had written b/c we felt it captured the essence of faith and love and set the tone of the day.

If you watched the film, you’ll probably notice that Joshua pulled a fast one on both us and Cherish. Throughout the morning while he was wrapping gifts, talking to us, and even getting dressed, he had a full beard. Apparently this is how Joshua keeps his facial hair 99% of the time. Once he was ready to go, Joshua went back into the bathroom, undressed, showered and shaved. He wanted to surprise Cherish with his cleanly shaven face. It worked – not only was she surprised, but so were we! He walked down the aisle and looked like a different man.

Once dressed and ready to go – they were off to the Jericho Terrace for their ceremony and reception. The Jericho Terrace and their staff were great and really helped make the day and night run smoothly. Their ceremony room had big windows and chandeliers that lit up the room with natural sunlight – something we love.

The reception was filled with moments that we typically don’t see at other weddings. Two of the more noteworthy were their maids of honor deciding to dance their speech instead of speak it and a circle of prayer. The bridesmaids used music special to the three of them – it was hilarious and very cool to see Cherish partake in the fun! The circle of prayer was at the end of the night and Cherish and Joshua’s closest family and friends gathered around them. Each person had a few moments to pray and give wishes to the couple. It was very touching and special.

Overall this was a wedding we’ll always remember. We hope you enjoyed their wedding film!