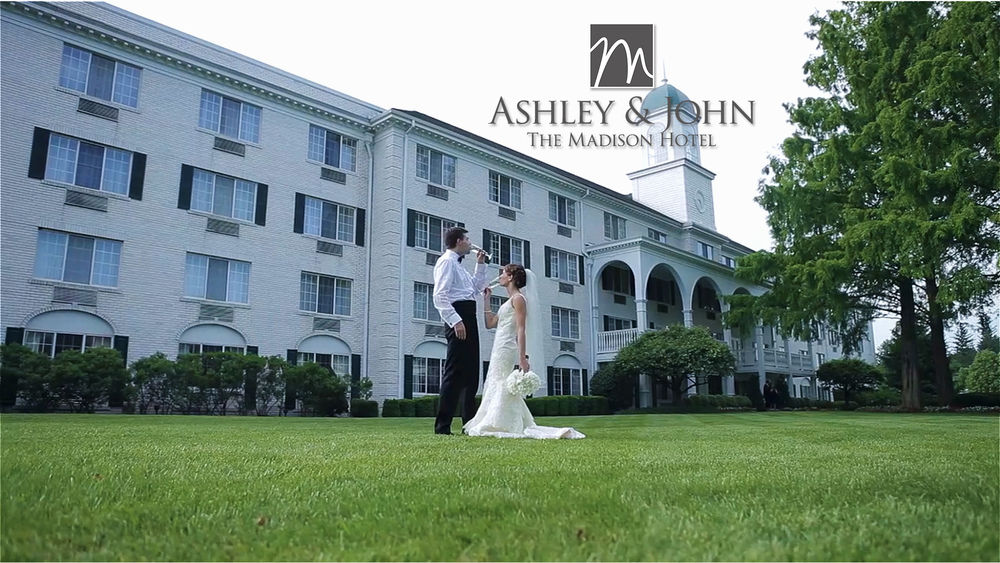 We know we say this a lot but Ashley & John may actually be the nicest people we’ve ever met. Seriously. Spend two minutes with these people and you’ll feel like you’ve just been served a warm breakfast with pancakes smeared with warm butter, eggs, and crispy bacon. Clearly we are writing this post craving some serious breakfast food…the point is, they just make you feel good about yourself. Ashley and John attended UPENN together and met while in the running club. The two remained close friends throughout college but never took their friendship to the next level. It wasn’t until after college that they decided to try their luck in love. We believe it’s their solid foundation in friendship that makes this couple so strong.

Their day started at John’s parents’ house, a beautiful place that kept our logistical work to a minimum (thanks guys!) and allowed us to focus on their story.

This leads us into the music selection of the film. Typically we work with a mix of lyrical and instrumental songs that blend together to form our soundtrack. Often times having the lyrics of a song can help in the storytelling. But since Ashley and John’s wedding day was filled with so many wonderful words, we felt a lyrical song would simply hinder the message. We let their words and the words of their relatives and friends carry the film.

When we have couples exchange gifts or cards, we like having it done through an intermediary – a bridesmaid, a groomsman, a parent – someone who has special meaning to the bride and groom. For Ashley and John’s intermediary, we had their adorable niece, Emma, do it. Although she could barely walk (we think this added to the cuteness), it was the perfect person to hand deliver them.

John’s parent’s house has this incredible grand staircase that was the perfect setting for their first look. As John waited patiently at the bottom of the stairs for his bride, Ashley descended the staircase. They embraced in a loving moment which we used to intercut the moment of Ashley being walked down the aisle by her father. We placed it at the peak of the song which we felt was the “perfect storm” of emotion.

Father John, the priest who married Ashley and John, gave one of the best homily’s we’ve ever heard. There’s footage of us saying this on camera which we’ll gladly provide to those of you who think we’re bluffing. He had so many great stories and analogies for love, it was difficult choosing which ones to include in the film.

After their ceremony we headed to the Madison Hotel in New Jersey to cap off the rest of the day. Something we found really fascinating was that John’s parents had married in the same reception room at their own wedding. Perhaps a family tradition has been born??

Overall, we couldn’t have asked for a better day with these two great people. Their friends and family treated us as one of their own and we are so happy to call them friends.

We hope you enjoy their wedding film.