Elana and Marc decided on the Meatpacking District for their engagement photos, which is one of our favorite places to shoot! With cobblestone streets, the Highline, the Hudson River and so many other great places to photograph, we were really happy they spent a lot of their courtship down in the area.

They met bowling of all places! Elana and her friends were next to Marc and his friends. The two didn’t talk much at first, they just noticed each other and went on their way. But Marc’s friends stepped up and exaggerated about Marc’s bowling abilities and suggested Elana get some tips from the ‘master.’ Some talking and flirting lead to a phone number exchange…that unfortuantely ended with incorrect numbers being written down.  Luckily Marc remembered the dorm Elana was living in and persisted until he was able to see her again.

Fast forward a few years and Elana and Marc and now living in the Upper East side with their dog Arri (who happened to join us for the first part of our shoot).

Elana and Marc with their dog Arri during their Meatpacking Engagement shoot.

After Arri left, we headed to the Highline for some photos.

The sun was still high in the sky, so rather than fight it, we headed back down and took advantage of the grungy storefronts that surround the area.

By this time, the sun was setting nicely. We had a golden glow and we took advantage of it! This was also when Elana and Marc had their outfit change. We always recommend doing one outfit change – too many and we’re spending more time changing and less time shooting!

We suggest one casual outfit and one a little more fancy.

It was at this point that we noticed a great opportunity for a silhouette up on the highline. We asked Marc and Elana to make the trek up there while we waited down below.

We then headed west to the West Side Highway to take advantage of the Hudson River and what we hoped would be beautiful sunset pictures. We were not disappointed!

We ended their engagement session as the last rays of sun set behind New Jersey. We had a great time shooting and getting to know each other – we can’t wait for their wedding next May! 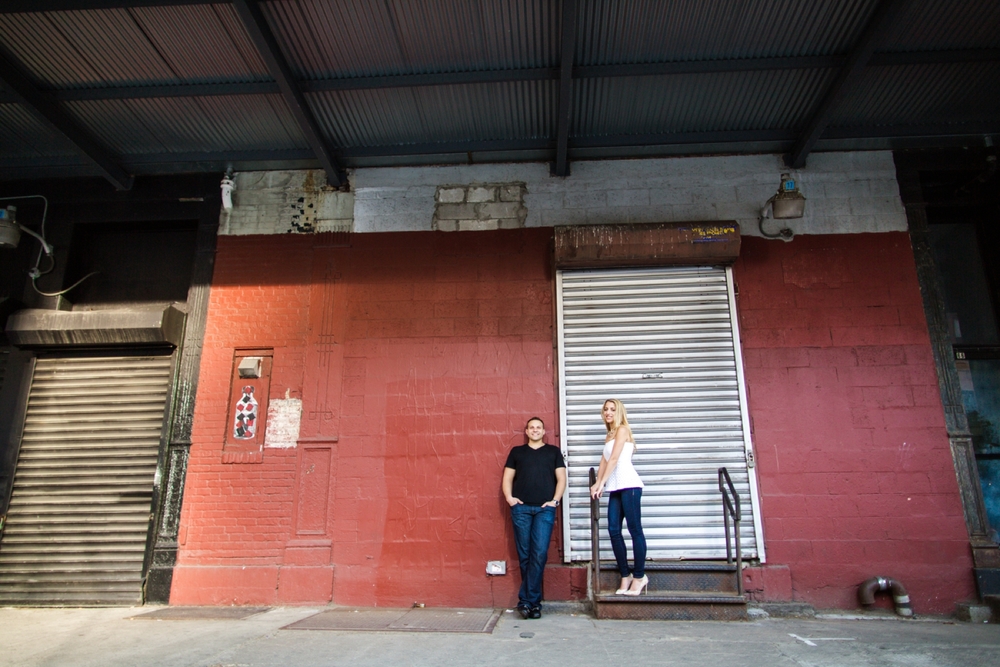 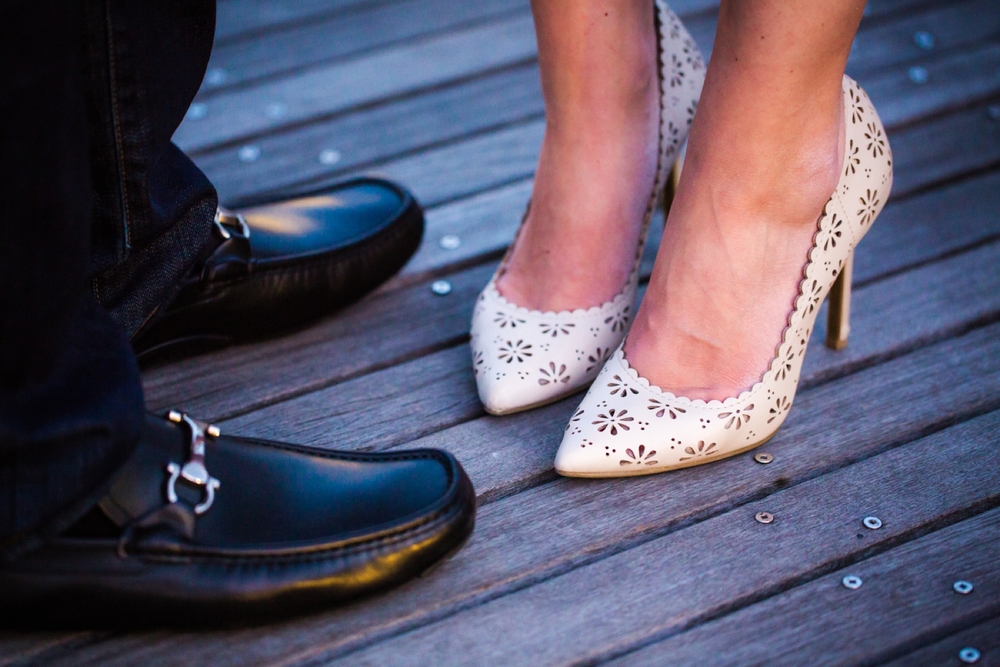 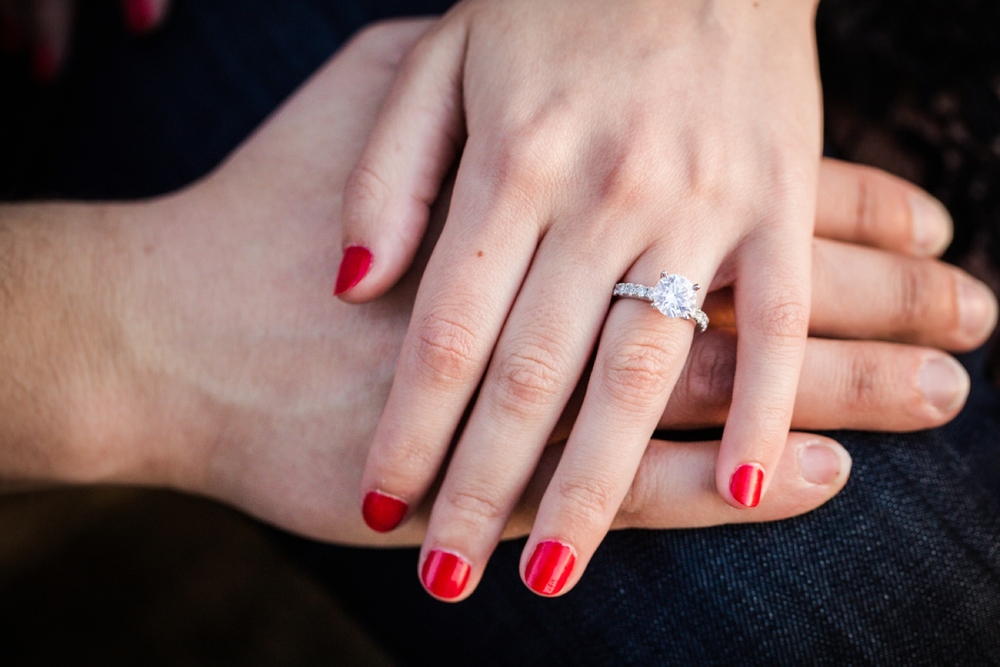 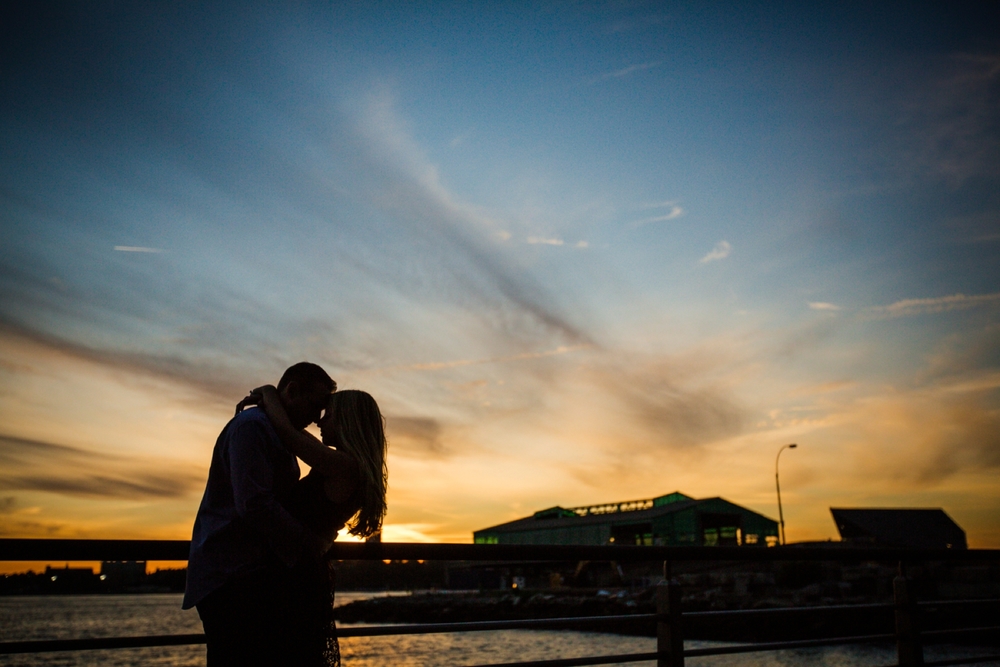 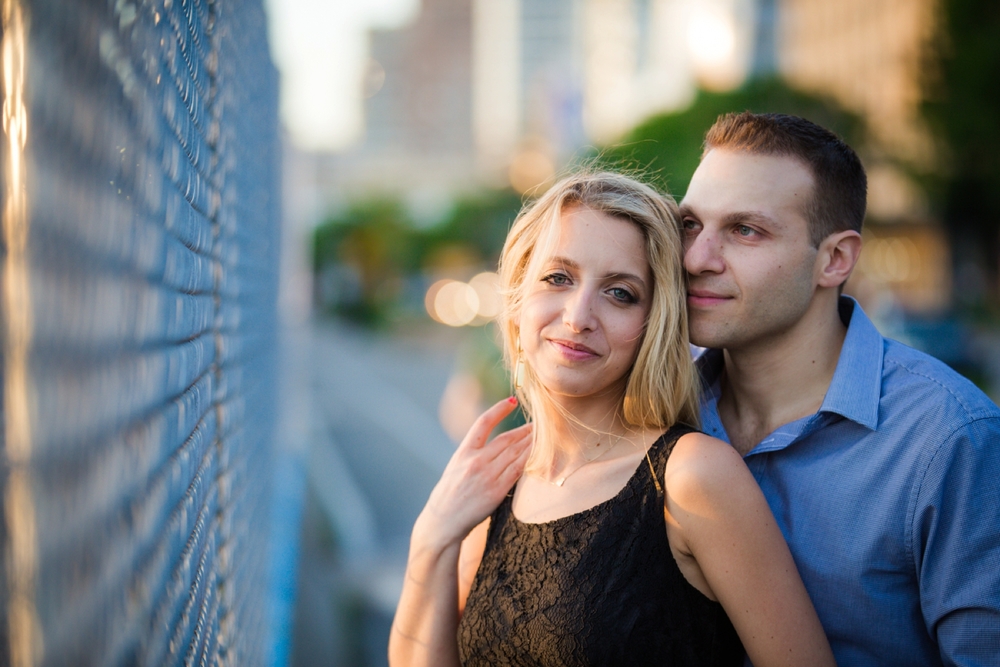 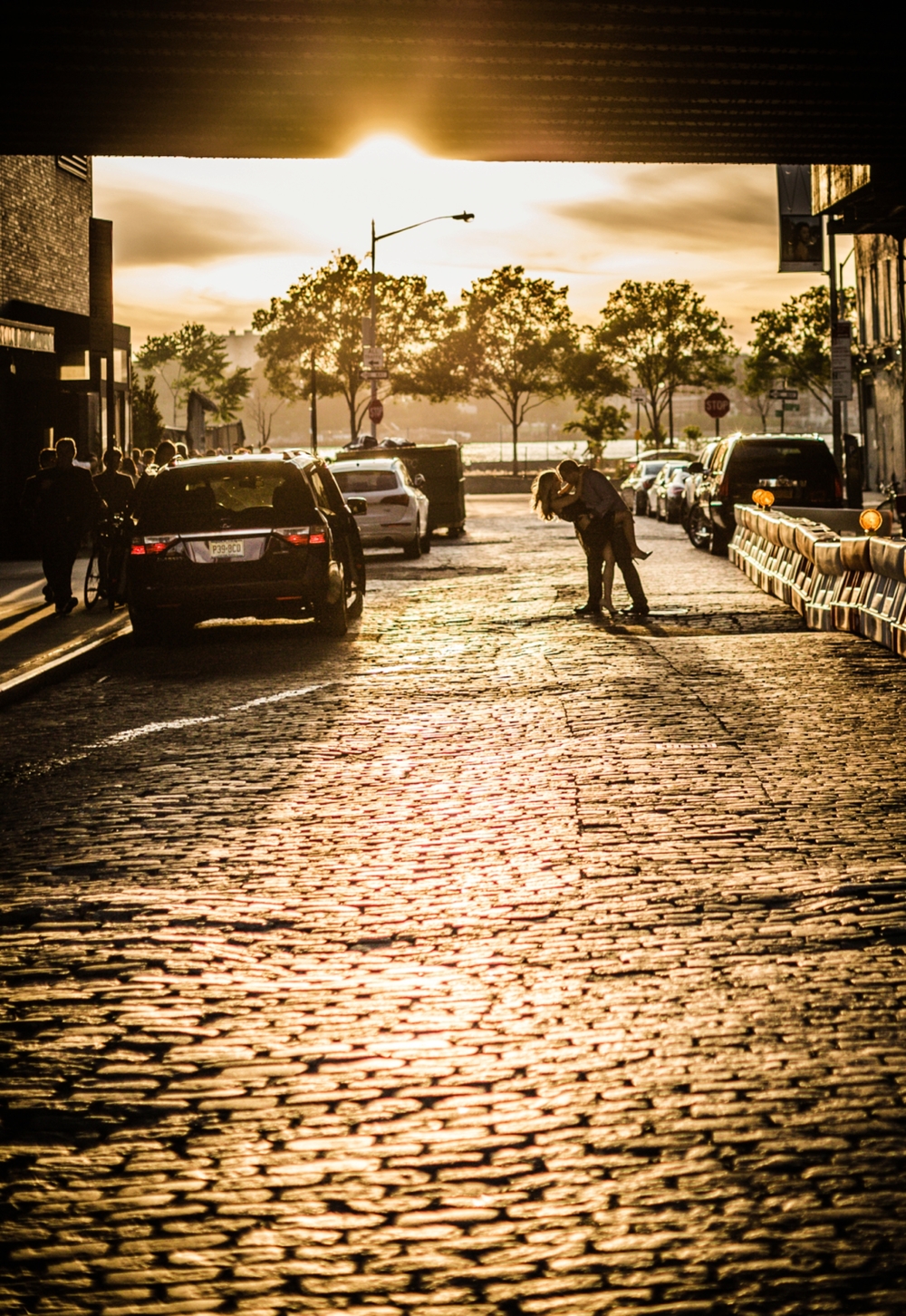 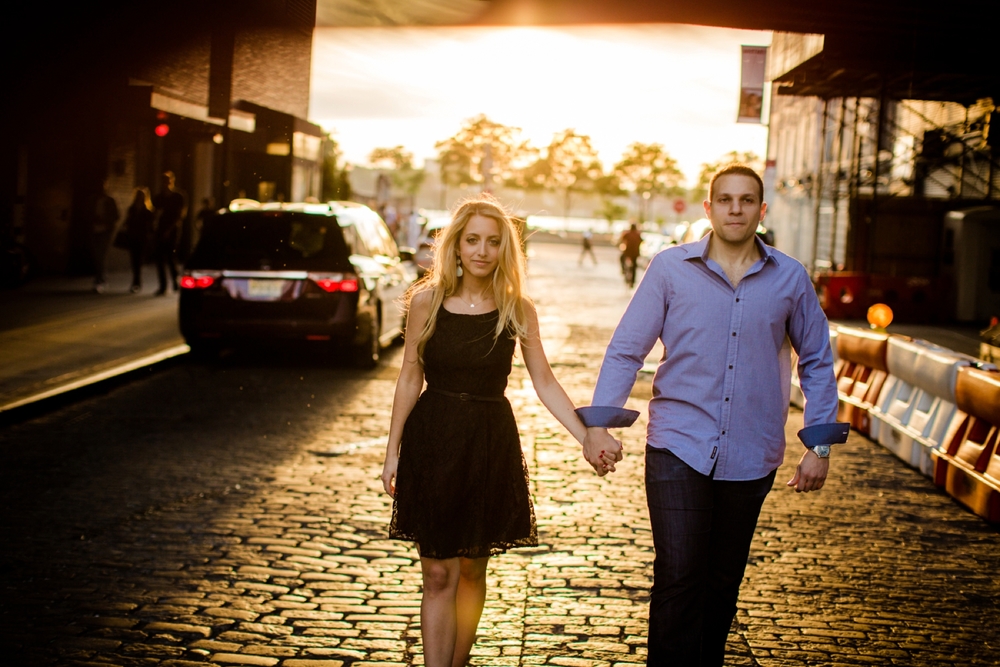 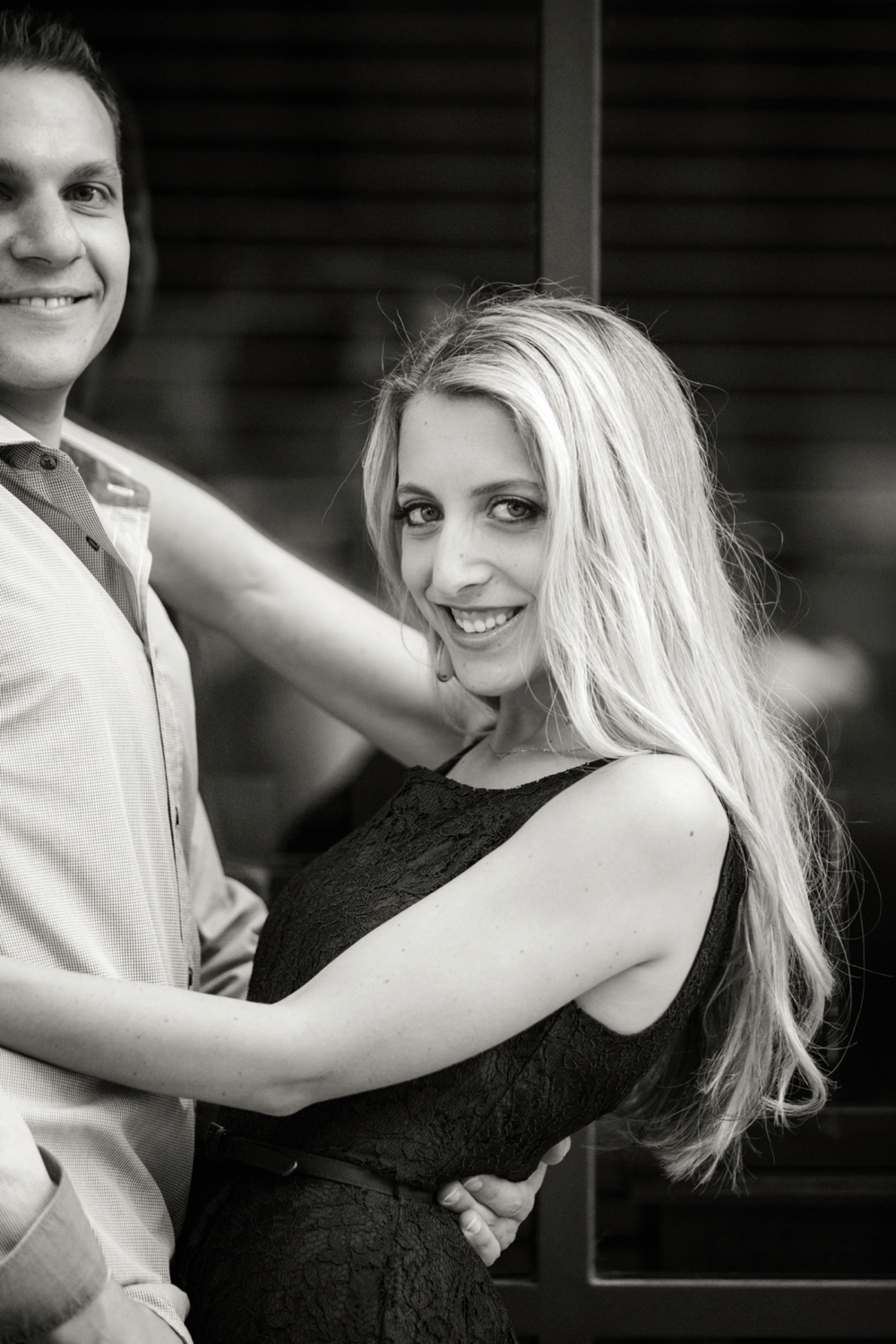 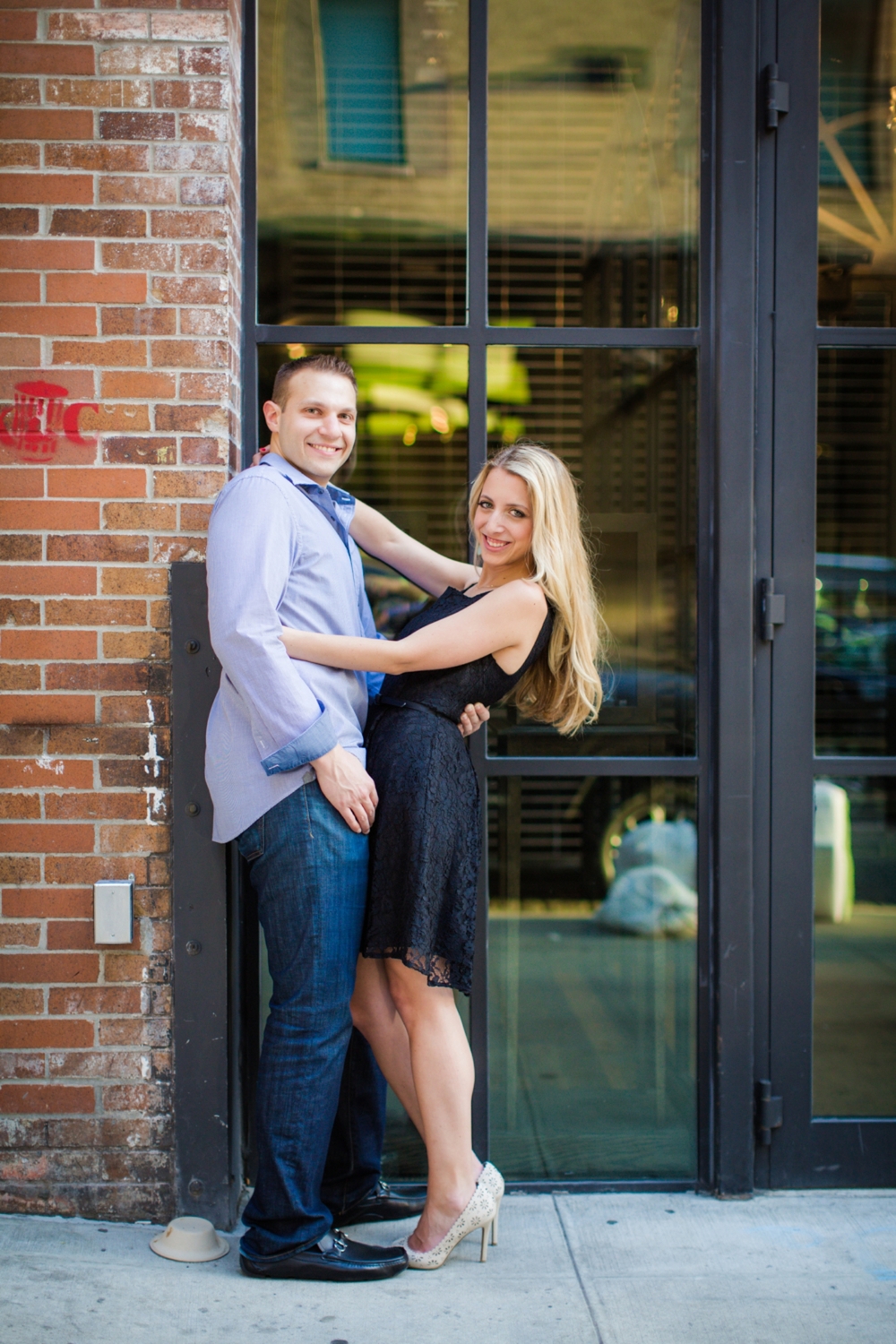 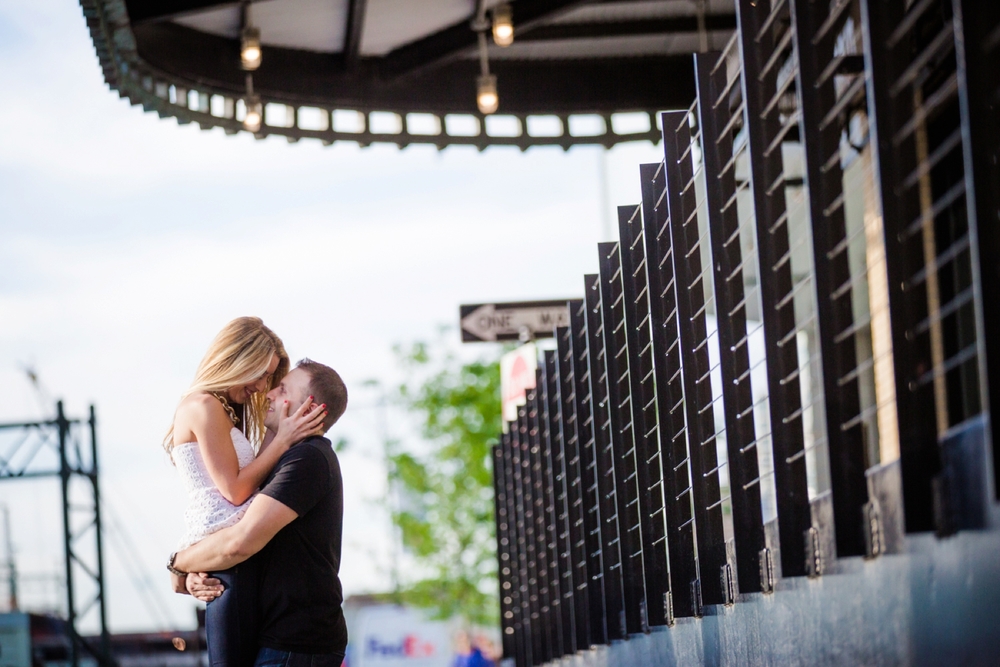