Creative Save The Date 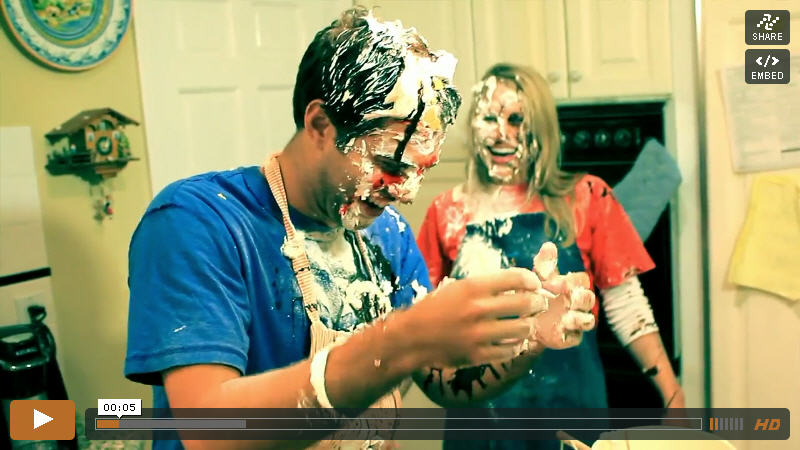 Having trouble viewing this film? Try watching it in Lower Quality.

I started Michael Justin Films in July of 2010 while prepping and meeting with vendors for my own wedding (which will happen in September of 2011). For those of you who are interested, I proposed to Jackie in February of 2010 after a 10 day cross country trip while we moved from San Diego to New York (you can watch the proposal HERE).

For our save the date, we wanted to do something that incorporated video, was fun and entertaining, and most importantly — unique. We knew we wanted to do something where we started messy, played the footage backwards, and eventually became clean at the end. We originally wanted to do paint but after countless trips to different paint supply stores, we found out that all paint is toxic (for those who care to know why, it clogs your poors and does not allow them to breathe). We were left with one option: food. It’s always been a dream of Jackie’s to smash a pie in my face, so it wasn’t surprising that she was more than enthusiastic about getting into a food fight with me.

We prepared the shoot at my parent’s house, set up our lighting, and got our food ready. We only had one take to do this and conceptualizing what needed to be shot first so that it ended up last (and vice-versa) ended up being a lot harder than we thought. We had one camera on a tripod, the other manned by Kenny. After many “run through’s”, we were ready to start rolling.

Overall, we’re very happy with the result. We hope you enjoy watching it as much as we enjoyed making it.